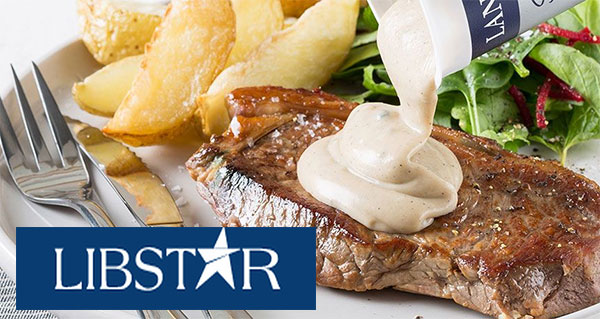 23 Sep 19 The Libstar story: a major food player you didn’t know you knew

LIBSTAR, it can be said, is for most South African consumers the packaged goods (CPG) company they didn’t know they knew. With annual turnover edging towards R9-billion, and more than 9 000 products in the market, Libstar’s high quality, popular goods are in the homes of countless South African families every day.

Libstar is the only South African CPG manufacturer to boast a strong footprint across the brand spectrum – from Libstar’s own brands (eg Lancewood Cheese) to international labels that Libstar distributes (eg Tabasco Sauce) – while being the biggest private label manufacturer in the country. This includes dealer own brands exemplified by Woolworths’ W range, Shoprite’s Simple Truth, or Pick n Pay’s Choice.

Still more brands are manufactured by Libstar on contract for its multinational owners, for instance Mrs Balls chutney, Pringles chips, All Gold tomato paste and Kellogg’s cereal bars. Beef burger patties and chicken nuggets for MacDonald’s, wraps for Kentucky Fried Chicken, schnitzels and pasta for Spur, and pizza bases for Panarotti’s – across seven categories and four channels, the roll call of Libstar products goes on.

This gives the company an unrivalled ability to catalyse category growth, not only by supplying established brands but, more importantly, by being able to innovate and push new product development in the expanding private label space. 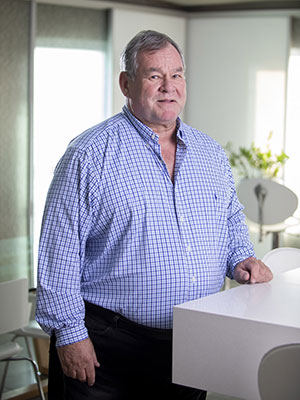 However influential Libstar’s current position in the CPG industry, group CEO, Andries van Rensburg (left), readily admits that it would be disingenuous to suggest that it has been the result of a “crystal clear strategy” that’s been in place since the company was founded in 2005.

Instead, the golden thread running through the Libstar story is something less tangible but perhaps more suited to a sector as fast-moving, as trend-driven and, frankly, as unpredictable as consumer packaged goods.

Rather than five-year plans, Libstar has banked on the entrepreneurial spirit of its subsidiaries and the freedom to endlessly innovate. That was always Libstar’s modus operandi, and it’s become embedded in its DNA.

Moreover, in the past six months, the holding company has embarked on a process to articulate and enshrine a “family culture” throughout the organisation. For chief growth officer, Johan Greeff, it was crucial that that each subsidiary considered itself not just a stakeholder but a source of this overarching strategy.

“All the executives in Libstar’s divisional companies were part of this,” says Lancewood CEO, Cornel Lodewyks, “and importantly are aligned to the same objectives. You can say that we’re a family of companies working towards the same goal.”

Initially backed by Metier Private Equity and Royal Bafokeng Holdings, Libstar began life as a contract manufacturer and packer for multinationals like Unilever and Nestle. Within six months, however, Van Rensburg had spotted opportunities in private label manufacturing, initially through a detergent deal with Woolworths, and Libstar’s trajectory of acquisitions soon kicked off in earnest.

A typical Libstar acquisition is an entrepreneurial outfit with a solid management structure underpinning strong growth prospects – perhaps a family-run concern hitting a ceiling due to obstacles in funding or succession planning.

From its overarching position in this decentralised model, Libstar HQ instilled corporate best practice into each new entrepreneurial business as it came on board.

Financial discipline, access to capital, the implementation of production standards and food safety regulations, HR and IR resources, top-end recruitment, coordinated demand management, and a renewed emphasis on strategy and flair – all of these inputs were designed to give an entrepreneur the muscle and formal know-how that they might otherwise have lacked.

As Van Rensburg likes to put it: “At Libstar, we’ve got the heart of an entrepreneur but the mind of a corporate.”

The results speak for themselves. For instance, Rialto Foods – originally simply an importer of authentic Italian foodstuffs – was Libstar’s fourth acquisition back in 2006. Since then Rialto has positioned itself as Woolworths’ primary import partner across Europe and Asia. 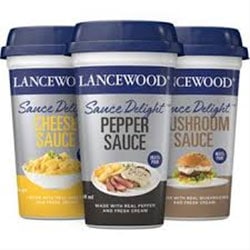 Or consider Lancewood. In 2008, Lancewood was a bankrupt dairy, with its premises padlocked by the banks. However, Libstar trusted its instincts and vision, deployed a hand-picked management team and went back to basics. Product availability and visibility on shelf was a non-negotiable, as was consistent quality and competitive pricing – only much later was budget released for marketing and brand-building.

Today, Lancewood is the biggest and most profitable natural cheese manufacturer in South Africa.

Of course, there were hard knocks dealt and important lessons learned along the way. Of Libstar’s total of 56 acquisitions, 25 were integrated, discontinued or sold. The remaining 31 business (comprising 42 production facilities) were consolidated into 17 reporting clusters and, from 2016 onwards, acquisitions slowed to an eventual halt as Libstar’s focus shifted decisively towards organic growth.

Over time, Libstar’s shareholding mix also changed, with the ADP Holding 6 and Old Mutual funds coming on board in 2010, before the ill-fated Abraaj Group and the Public Investment Corporation took a majority stake in 2014.

At Abraaj’s behest, Libstar listed on the JSE in 2017 and, in the face of strong emerging market headwinds and perhaps overly ambitious expectations, the share price took a bath. But the Libstar board’s steadfast belief in the company’s performance and track record as outlined in the pre-listing statement found traction with the Actis private equity group, and the London-based fund recently became the majority (37.02%) shareholder – read more on this deal here.

“That’s superior to any other food producer out there,” he says. “If you include total growth and the effect of the acquisitions, it’s more like 23% compound annual growth.”

“From our home to yours”

Numbers like that owe much to Libstar’s breadth across channels and depth within categories, but perhaps even more so to the kind of entrepreneurial nimbleness that results in first-mover advantage and constant innovation in the private label space (in 2018, 387 products were launched and 336 renovated) and in response to trends like health and wellness, and convenience foods, which continue to surge.

“I think all of that, put into a basket, spells a certain amount of resilience,” observes Smith.

It’s true that people need to eat, and always will do – thus presenting food manufacturers with something akin to a captive market. But unlike any other packaged goods, food holds a special fascination for consumers. The relationship between humans and what we put in our mouths on a daily basis is personal, nuanced, and ever-changing.

Libstar intuitively understand that. “From our home to yours,” its manifesto reads. Producing food on a sustainable basis can only ever be a journey, never a destination.