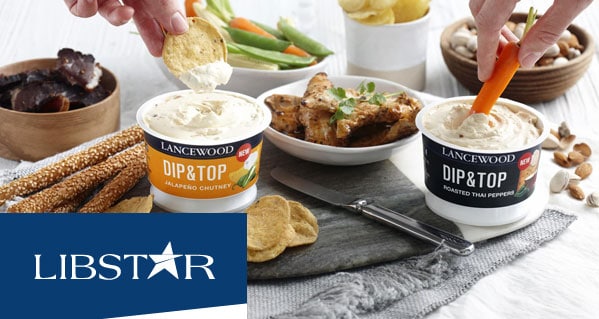 Food producer, Libstar, is heading for a JSE main board listing and will bring a record of growth and a swathe of brands with it. The producer has upped revenue and profit in a sector in which growth has been difficult to achieve…

The company appears set to list in the next six to eight weeks and has yet to publish a prelisting statement. But the figures it has already provided are likely to create a high level of investor interest.

In the three years to 2017, in a food sector where growth was hard to come by, Libstar upped its revenue 86% from R4.75bn to R8.83bn and, even more impressively, took its gross profit from R1bn to R2bn.

“Libstar ranks as the fifth-biggest food producer in SA based on its Ebitda,” says First Avenue Investment Management’s Nadim Mohamed.

Libstar’s exceptional growth has been driven by a business model put in place at the time of its founding in 2005 by current CEO, Andries van Rensburg, and current CFO, Robin Smith.

Van Rensburg and Smith backed their view with an aggressive strategy of acquiring small and medium-sized businesses. This has left Libstar with 27 business units, 35 production facilities and over 200 production and packing lines.

Another area of strength for Libstar is the co-manufacture of branded products for big-name players including Tiger Brands, Unilever, Astral, Kellogg’s and Nestlé.

It has also used its strong channel into retailers to build its own proprietary brands, including Lancewood, Denny Mushrooms, Goldcrest, Cape Herb & Spice and Cook ’n Bake.

Libstar is coming to market through the issue of new shares to raise R1.5bn to be used to reduce its debt level. With the objective of attaining a free float of at least 40%, existing shareholders will also be offering an unspecified number of their own shares to the market.

Almost certain to lead the charge here is Dubai-based private equity fund The Abraaj Group, which bought a 70.93% controlling stake in Libstar in October 2014. The other key shareholders are the Public Investment Corp, with a stake of 19.36%, and Libstar’s management, with a combined stake of 9.71%.

Following the listing, The Abraaj Group, Van Rensburg and Smith will be subject to a lock-up arrangement of 180 days.

Here, Warren Jervis of Old Mutual Investment Group has a concern: “After the lock-up period there could be a lot of shares finding their way onto the market.”

Jervis is also concerned about Libstar’s highly decentralised operational structure, under which each business unit is responsible for all aspects of its operations including procurement, marketing and sales, distribution and customer relations.

Another potential area of concern is Libstar’s ability to sustain what has been a high growth pace heavily underpinned by acquisitions. Revenue growth of 10% in 2017 already reflected a possible slowdown. It was down from 24.1% growth in 2016 and 30.4% in 2015.

Mohamed questions its ability to lift its Ebitda margin much higher. “It is already a good margin for a contract manufacturer,” he says. “It is hard to see it getting much more efficiency out of the business. It is already extremely efficient.”

However, Libstar has strategies in place to continue driving growth, including entry into new high-growth categories such as prepared meals. Acquisitions are also still firmly on the group’s radar.

Van Rensburg is upbeat on Libstar’s prospects: “The decision to embark upon a JSE listing is an exciting step in the next phase of Libstar’s development and growth story,” he said.

Libstar heading to the JSE