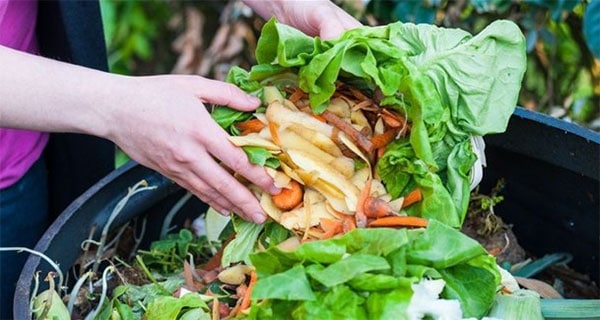 As part of its financial results for the six months ending 26 August 2018, Pick n Pay announced that it remains committed to cutting down on food wastage.

Citing WEF figures, Andre Nel, GM of Sustainability at Pick n Pay, said that there are various stages in the food value chain in South Africa that generate food waste – with retailers accounting for 20% of this wastage.

“As a food retailer, we are very aware of this issue. By dealing more comprehensively with waste management, we’re able to make a real difference,” he said.

He noted that in 2015 Pick n Pay set various goals to deliver significant shifts in waste reduction by 2020 – including diverting 20% of its food waste from landfill.

Nel said that Pick n Pay has partnered with various organisations to meet this goal, including a longstanding partnership with FoodForward SA which saw the donation of over 1,600 tonnes of surplus edible food for redistribution in its previous financial year.

He added that Pick n Pay has also partnered with the Philippi-based Waste to Food social enterprise project, which makes use of technology to convert excess organic waste into high-grade compost, through a combination of in-vessel composting and vermi-composting.

The compost is then sold at Pick n Pay stores.

“In a short space of time the project has already helped some of our stores divert an additional 10-20% of food waste from landfill,” said Nel.

After an initial trial period where the compost was sold in only a few stores, customers in the Western Cape can expect the first batch of high-grade Waste to Food compost on the shelves of many more stores from mid-November 2018, said Nel.

More on Waste to Food

The Philippi-based project was founded in 2012 and aims to reduce the food waste foot print, while creating jobs and empowering the local community.

Organic waste from Pick n Pay stores, is diverted to the Waste to Food operation, where it is converted into standard grade compost through a HotRot in-vessel composter. The addition of the HotRot unit allows the project to convert up to 28 tonnes of waste to compost every week.

The addition of the HotRot allows the project to convert any organic waste material such as meat, cooked food, pastry, and dairy products into rich compost.

Previously, these kinds of waste food categories could not be converted to compost because of potential pathogens. The high temperature, at which compost is formed within the in-vessel composter, neutralises pathogens and vegetable seeds. The composter cuts composting time down dramatically from two to three months to two weeks.

This compost is then converted to high grade vermi-compost through the use of large scale ‘worm hammocks’.

The compost is then fed into the Worm Hammocks, where worms eat the compost creating vermi-compost and ‘worm tea’ – a nutrient-rich liquid formed as a by-product of the worm composting process, and which enriches plant growth.