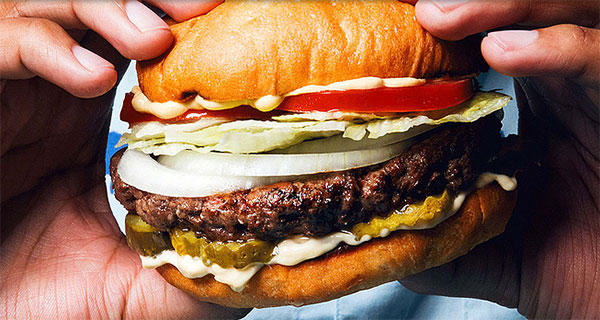 17 Nov 18 Beyond Burger arrives in SA

Jo’burg’s Infinite Foods has introduced one of Silicon Valley’s much publicised meat alternatives, the Beyond Burger, the flagship product of Beyond Meat, one of the rapidly growing companies taking a new approach to animal protein alternatives.

While the positive impact of plant-based meat on the planet and to human health is massive, the most revolutionary thing about the Beyond Burger is that it claims to look, cook and taste like beef. Yet it is made from nothing but plants and also has no added hormones, antibiotics, GMOs, soy or gluten. 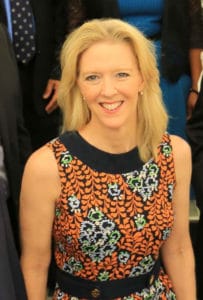 Founder and CEO of Infinite Foods, Michelle Adelman (left), is passionate about developing sustainable methods to achieve food security in Africa and emerging markets, particularly in regard to protein availability and the impact of agriculture on the environment.

Beyond Meat asserts that its burger patty uses 99% less water than a traditional 113g beef burger, 93% less land, produces 90% fewer greenhouse gases and uses 46% less energy, according to a joint study by Beyond Meat and a major US university.

The United Nations’ agency, UN Environment, recently recognised Beyond Meat as a Champion of the Earth’ for the company’s pioneering work.

“While everyone is coming to recognise that climate change is a major concern, few people realise how much today’s agricultural practices are contributing to the problem,” said Michelle.

“When people become aware how much good they can do by introducing more plant-based proteins to their diet, we expect this market to grow very quickly.

“It helps a lot that the products being introduced now by Beyond Meat and others taste great.”

Adelman is a thought leader, strategist and entrepreneur who has developed successful businesses that foster agricultural transformation and food security in Africa.

Since its debut 2016, more than 25 million Beyond Burgers have been sold. The Beyond Burger is so authentic tasting it is positioned in the meat section of the grocery stores in the US.

Infinite Foods reports it will initially be launching the Beyond Burger in restaurants and foodservice outlets, adding to the more than 11,000 restaurants including TGI Fridays, BurgersFi, Bareburger, Epic Burger and A&W Canada.

The other other white meat: Beyond Sausage

TIME Magazine has named Beyond Meat’s new bratwurst as one of its ‘Best Inventions of 2018’.

Its new Beyond Sausage ($9 for a pack of four) looks and tastes surprisingly close to the real thing. It’s also leaner, with 43% less total fat and 38% less saturated fat, and much more sustainable than actual meat. Read more here…

Meat the disruptors: 15 startups shaking up the global meat industry