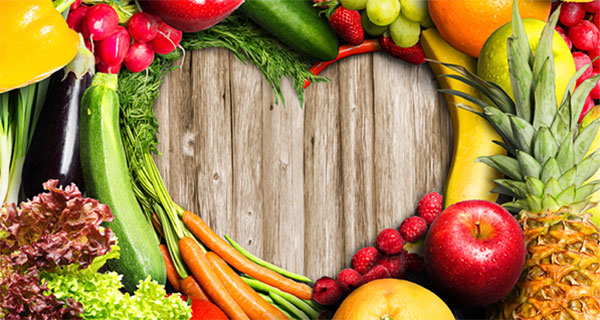 Interest in vegan food has been booming across the rich world. Celebrity claims of veganism are everywhere: Bill Clinton and Al Gore, Serena and Venus Williams, Lewis Hamilton, Mike Tyson, Beyoncé, take your pick….The Economist takes a look at this burgeoning trend.

In America sales of “plant-based” foods — a term for foods that contain no meat, eggs or dairy that reliably says “vegan” to vegans but doesn’t say “weird” to the less committed — rose 20% in the year to June 2018, according to Nielsen.

That was ten times the growth in food as a whole that year and two and a half times faster than vegan foods grew in the year before.

McDonald’s is offering McVegan burgers in Scandinavia. The American restaurants in the TGI Fridays chain sell soyabean burgers that ooze blood made of beetroot juice. Tyson Foods, one of the world’s largest meat producers, recently bought 5% of Beyond Meat, the company which makes them.

Waitrose, a posh British grocery chain, introduced a range of vegan food in 2017, expanded the selection by 60% in mid-2018 and says sales of vegan and vegetarian foods in July 2018 were 70% above the level in July 2017.

Some people see great things in this. Two years ago Eric Schmidt, a Silicon Valley figure who used to be chairman of Google, called plant-based meat substitutes the world’s most important future technology; he foresaw them improving people’s health, reducing environmental degradation and making food more affordable for the poor in developing countries.

The founder of the first vegan society said in 1944 that “in time [people] will view with abhorrence the idea that men once fed on the products of animals’ bodies.”

Many since have shared his hope. Perhaps their time is come at last. If so, it is a slow coming.

Meat consumption worldwide has been growing consistently by almost 3% a year since 1960, mostly because people in poor countries buy more meat as they get richer, and the trend has yet to slow.

But though most growth in consumption has been in the developing world, rich countries are eating more meat, too; their consumption is just not growing as fast as it used to. According to the UN’s Food and Agriculture Organisation (FAO), meat consumption in the richest nations has risen 0.7% a year since 1991.

Polling data is used to claim that the number of vegans in rich countries is both quite high — around 10% in some European countries — and growing. But there is reason to doubt at least the first of these.

Some of the best data come from Britain, home of the world’s first vegan society. A poll carried out by that society in 2016 found that 1.05% of people in Britain never ate meat or animal products. This is considerably higher than the result the society got in 2007, which suggests real growth in numbers.

But it is a far cry from the 5.3% of the population reported as vegan in a more recent poll. In general, polls seem to find many more people claiming to be vegan than they do people abstaining from all meat, fish and animal products.

In America, Nielsen found in 2017 that 3% of the population called themselves vegans and 6% vegetarians (people who eschew meat, but eat eggs and/or dairy products). This proportion seems more or less stable; the country’s largest polling organisations, Gallup and Harris, both found 3% of the population calling themselves vegan over the period 2012–18.

But more detailed research by Faunalytics, a company which has been running large surveys of eating habits for 20 years, puts the numbers at just 0.5% for vegans and 3.4% for vegetarians. Fully a quarter of 25- to 34-year-olds in America claim to be either vegan or vegetarian, whereas studies by Faunalytics find the median age of American vegans to be 42, four years older than the national median.

It seems that a fair amount of aspirational self-deception, terminological inexactitude or simple hypocrisy is at play.

The idea that veganism is most widely espoused, if not necessarily adhered to, by the young seems to be true in many countries.

In Germany, according to Mintel, a research firm, 15% of 16- to 24-year-olds say that they are vegetarian, compared with 7% of the population at large.

In many countries declared vegans lean towards the political left. In America polling by Pew has found that 15% of liberals espouse a meat-free diet, as opposed to 4% of Republicans. American vegans and vegetarians are also poorer than average, and twice as likely to be single. Three-quarters of them are women.

This all fits veganism’s association with valuing health, simplicity and low environmental impact — an implicit rejection of the values and coronary arteries of older red-meat-eating men.

Veganism is not a way of life that it is easy to keep up. According to Faunalytics, for every active American vegetarian or vegan there are more than five people who say they have abandoned such a diet.

The growth in the number of restaurants catering to veganism and the availability of plant-based products on shelves may reduce this churn and allow more to stick with the programme.

As it is, a moving target makes it unsurprising that accurate figures on veganism are hard to come by.

Overall, though, it seems safe to say that the number of people sometimes or regularly choosing to eat vegan food is growing much faster than the growth in people deeply committed to a meat-, egg- and dairy-free life.

Patrice Bula, a vice-president at Nestlé, says he thinks that only a quarter of the people buying his company’s vegan meals are committed vegetarians or vegans. People in this larger group are often called “flexitarians”, who shift back and forth between omnivorous and vegetable diets.

OP-ED: The veganism boom does more for food company…