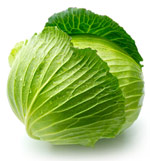 Food preservation is as old as mankind. One of the latest techniques reaching commercialisation in the US involves bioengineered films for fruit, fresh produce and flowers. Scientists at startup Apeel Sciences have figured out a secret to doubling their lifespans. And they do it naturally.

IN response to all the commercial and ethical concerns about optimal produce production and lessening food waste, Californian scientist James Rogers and his team at Apeel Sciences have developed a range of all-natural films for produce that prolong its life — up to 200 percent in some cases — and reduce the need for pesticides. They’re products for growers and grocers alike. And while Apeel’s films won’t replace pesticides, they could make a dent.

How does these films work? The team extracts specific molecules from rejected produce or unused parts (like stalks, leaves and peels), and uses them to create a water-based solution that covers fresh produce in an extra-thin layer of “invisible, tasteless, organic and completely edible” protection.

Rogers and others aren’t breaking new ground per se. Monks used beeswax to preserve fruits and, actually, evolution came up with protective films first: Water plants grew them to survive on land. “So we just piggybacked off that idea … and expand[ed] on what nature has already done,” said Rogers.

One variation, Edipeel, is a natural preservative for fresh-cut lettuce, citrus fruits and other produce. Another, Invisipeel, is a molecular mix that throws off pests like bacteria, fungi and insects, effectively camouflaging fruit and veggies.

During the process of obtaining FDA approval for edible products, it emerged that “the low-hanging fruit was fresh-cut flowers [pun not added],” said Rogers. “So we pivoted” and designed Florapeel — which repairs cut stems and improves flowers’ ability to intake water, extending their lifespan up to 200 percent, he says.

Rogers started Apeel in 2012 as a doctoral student at UC Santa Barbara’s Materials Engineering Department. After promising initial results, he enlisted postdoctoral researcher Jenny Du, a chemist, and they did as quintessential entrepreneurs do: set up shop in the garage. Further experiments bore fruit in the form of a $100,000 grant from the Bill and Melinda Gates Foundation.

Rogers projects that Florapeel will be available early next year, with produce versions (Invisipeel and Edipeel) following close behind. All will be first available to select growers, then eventually to the public.