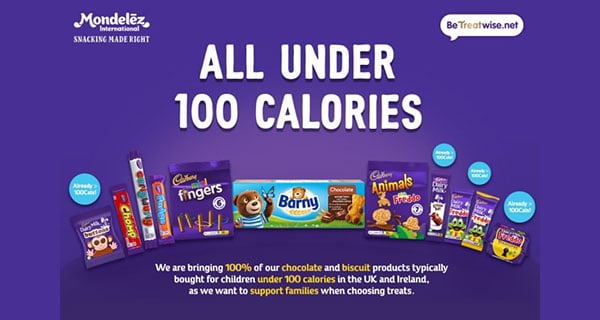 All chocolate and biscuit products typically bought for children will be under 100 calories in the UK and Ireland.

In a bid to offer more portion control options for consumers, confectionery giant, Mondelēz International,plans to lower the calorie count of all its UK brand Cadbury’s chocolate and wider biscuit offerings – typically bought by parents for children – to under 100 calories.

“This will see billions of calories removed from the market,” the company asserts and will be phased in over the next two years.

The company is aiming to implement the change to Oreo Mini snack packs and Freddo Face Cakes during 2021.

This is one of the latest moves by a key player in confectionery to reduce sugar, which is increasingly important as consumers seek out healthier options.

The Mondelēz reformulation strategy will affect products in the UK and Ireland and closely follows similar sugar reduction moves by Nestlé which recently created a unique new chocolate made entirely from the cocoa fruit, using only the beans and pulp as ingredients. The new chocolate, to be launched in Japan this autumn, has been developed using a “natural approach” and patented technique which does not require adding any refined sugar.

This latest announcement also underscores Mondelēz International’s commitment to tackling childhood obesity. A focus on portion control is recognized as one of the most effective ways of helping consumers balance their calorie intake.

“We are focusing on the areas where we can make the greatest impact,” says Louise Stigant, UK MD at Mondelēz International. “We want to support parents when they choose to give their children a treat and introducing this calorie cap will make it simpler for them to find a treat under 100 calories that children will enjoy.”

Over the years, the company has released various control options, having voluntarily introduced a 250 calorie cap on all single-serve chocolate bars in 2014, alongside launching a 98 calorie Cadbury Dairy Milk bar.

The move also closely follows the launch of Cadbury Dairy Milk with 30% less sugar, which the company distinguishes as “the most significant innovation in the brand’s history.” Available across the UK, the bar sits alongside the standard bar. 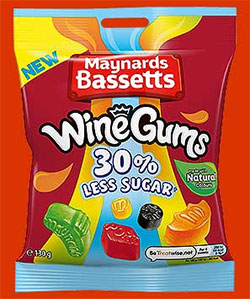 Mondelēz International is a supporter of “Be treatwise” which was re-launched last year as an industry initiative by leading UK confectionery companies to remind consumers that confectionery is a treat to be enjoyed as part of a balanced diet and active lifestyle.

The company is currently extending a newly re-designed Be treatwise logo across its packaging. The logo currently appears across Cadbury Dairy Milk Freddo Treasures advertising campaigns, including its TV advertisement, and will be rolled out across all Cadbury’s advertising in the future. The logo has been redesigned to be more prominent on pack, acting as a visual prompt to remind people to enjoy less healthy foods in moderation.

Aligning with consumer demand for low- and no-sugar versions of products, solutions in sugar reduction have proliferated in the market this year. Last June, Israeli food-tech company DouxMatok secured $22-million in a series B funding round for its sugar reduction solution that enables a reduction of “sugar with sugar.”

By increasing the efficiency of sugar delivery to the tongue’s sweet taste receptors, the technology allows food products to be made with 40% less sugar without compromising taste, mouthfeel or texture.

And earlier this year, Israel-based Gat Foods unveiled Fruitlift – an innovative fruit-based formulation containing natural plant fibres that is available in a wide range of flavours. The base additive can be used as a natural fruity flavouring or blended neutrally into a cereal brand’s signature flavour.