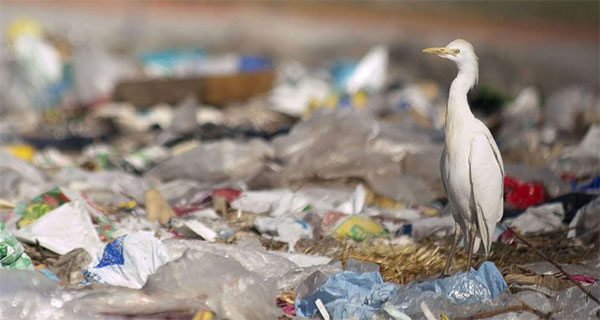 05 May 22 The nature of plastic pollution

Environmental movements spend millions of dollars on campaigns to convince you and me that we are the problem. But ‘we’ aren’t. At least, we’re not much of the problem. Before we contemplate solutions, we need to understand the problem.

Typical environmental campaigns about plastic pollution, like this one, follow a familiar pattern. First, they exaggerate, using vague language, insinuation and exclamation marks.

‘…between 4 and 12 million metric tons of plastic enter the ocean each year – enough to cover every foot of coastline on the planet!’

Well, with many years’ worth of plastic piling up, why isn’t every foot of coastline on the planet, or at least most of it, totally covered in plastic, by now?

‘In the ocean, plastic pollution impacts sea turtles, whales, seabirds, fish, coral reefs, and countless other marine species and habitats. In fact, scientists estimate that more than half of the world’s sea turtles and nearly every seabird on Earth have eaten plastic in their lifetimes.’

Sure, but what does ‘impacts’ really mean? All the articles and research papers to which the campaign refers rely on anecdotal evidence or speculation. They ponder all the ways in which plastic could harm animals, or in some cases does harm animals. They document cases of plastic being ingested, but not the harm that this does.

‘[E]vidence of population level impacts from plastic pollution is still emerging,’ says one of the studies cited.

‘Additional studies are needed to determine the [effects] of ingested plastics … on fish health and the food chain implications,’ says another.

‘Despite the proliferation of microplastics, their impact on marine ecosystems is poorly understood,’ says a third.

None of the cited works – not one – is able to assess the scale of actual harm that plastic pollution does to birds and marine animals. Even when they conclude that half the world’s turtles, or nearly every sea bird, has ingested plastic, for example, they do not specify exactly how much these animals ingest, and cannot specify how exactly this harms them other than pointing to anecdotal cases of choking, gastric obstruction or gastric perforation.

Another cited article says: ‘A study last year concluded there were more than five trillion pieces of plastic, weighing 269,000 tonnes [i.e. metric tons], in the world’s oceans. That is more than the weight of every human on the planet.’

It bases the first sentence on this study from 2014, which sampled plastic particles in 24 expeditions to all five of the world’s sub-tropical ocean gyres.

This spectacularly contradicts the ‘between 4 and 12 million tons per year’ claim of earlier, which was based on estimates from this paper. But who cares about consistency, when you’re using the cult of scary-big numbers to evoke an emotional response?

The second sentence is based on thin air. If the average weight of a human being is about 80kg (which it is, roughly), and there are 7.9 billion people on the planet (which there are, roughly), then the total weight of all humans on the planet works out to 632 million metric tons. So the total amount of plastic in the world’s oceans is less than one two-thousandth of the weight of every human on the planet.

Humans make up only about one thousandth of all the biomass on the planet, so the total amount of plastic pollution in the ocean makes up less than one two-millionth of all the world’s biomass. That hardly sounds like a crisis.

So, we have very vague, but certainly exaggerated, descriptions of the actual problem. The point, after all, is to get people emotionally involved, not to appeal to their rational minds.

It is clear to anyone with eyes to see that plastic pollution is a problem, although scientists aren’t sure how big of a problem it really is. Let’s assume, therefore, despite the hysterical exaggeration and outright contradictions of environmental campaigners, that the goal to reduce plastic pollution, both on land and in the marine environment, is a laudable and worthwhile one.

Second, the campaign targets wealthy elites; in this case, they target the US population specifically. This is misleading, because despite being a large, rich economy, the US – and indeed all wealthy countries – contribute a relatively small amount to the world’s plastic pollution problem.

Ninety percent of the land-based plastic waste that does reach the sea gets there via 10 major rivers: the Yangtze, the Indus, the Yellow River, the Hai He river, the Ganges, the Pearl River, the Amur River, the Mekong, the Nile and the Niger.

You’ll notice that eight of those are in Asia, and two in Africa. None flow from rich countries, where environmentalists are getting single-use plastics banned.

Admittedly, some of that plastic gets there by being exported by rich countries, and then mismanaged in the scavenger countries. However, this isn’t going to get solved by reducing production in rich countries, or by prohibiting plastic straws…..

Other articles in this outstanding series:

1. magnificent plastic: an ode to the world’s most useful of materials – click to read
3. Solving the plastic pollution problem = click to read
Post Views: 35
Spread the love
Share
Print page
0 Likes
Thanks for subscribing!