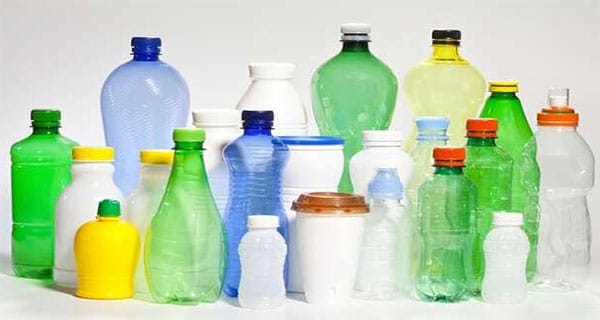 08 Mar 22 Magnificent plastic: an ode to the world’s most useful of materials

This website loves contrarian views from the accepted wisdom of the day. Contrarian SA journalist, Ivo Vegter, several times winner of the SAAFoST Journalism Award, has penned this refreshing take on plastic, the first article of three on magnificent plastic’s immense benefits and how we can better dispose of it.

Plastic is, nowadays, almost universally reviled. Yet it shouldn’t be. It is a magnificent material, with innumerable advantages that far outweigh its few disadvantages. Plastic, how do I love thee? Let me count the ways.

The goal is not just to minimise plastic pollution, which would indeed be an admirable goal, but also to reduce plastic production, and even ban certain kinds of plastics.

So, for example, we get campaigns to tax plastic shopping bags, and to replace them with paper alternatives, or with canvas bags, even though the alternatives are not only less convenient, less hygienic and more expensive, but – measured from cradle to grave – also far less environmentally friendly.

We get campaigns to ban plastic straws, even though they contribute a vanishingly small amount to global plastic pollution, and alternatives are both far less convenient and less environmentally friendly.

And just as with shopping bags and straws, the alternatives to plastic are often poor, harmful or non-existent.

Plastic has been one of the most important inventions of the modern age. Our ancestors unknowingly used polymers in the form of cellulose, keratin, and natural rubber, for thousands of years.

Starting with the discovery of polystyrene and the vulcanisation of rubber, which both occurred independently in 1839, scientists began to uncover the mysteries of polymer-based plastics as we know them today.

Celluloid was used, first for billiard balls, and later for film. Viscose (rayon) was invented as a clothing fibre just before the turn of the century. In 1907, the chemist Leo Baekeland invented polyoxybenzylmethylenglycolanhydride for moulded products. Presumably he was a bit dyslexic, because he patented it under the trade name Bakelite.

It wasn’t until 1920 that the process of polymerisation was understood, however. Soon, polymers entered a golden age, with the development and application of a wide range of natural polymers, modified natural polymers, thermosetting plastics (which irreversibly cure as a solid when heated), and thermoplastics (which solidify when cooled but soften when heated in a reversible process). More recently, biodegradable plastics have been added to the polymer family tree.

During the course of the 20th century, plastics displaced a wide range of more traditional manufacturing materials, and entirely new products were created that never could have existed without plastic.

Plastic proved to be inexpensive, yet durable, tough, versatile, corrosion-resistant, light-resistant, waterproof, hygienic, easily transformable and mouldable into any imaginable form or shape, and very popular at Tupperware parties.

Plastics replaced perishable rubber and woven sheaths around electrical cables, dramatically reducing the risk of electrical fires in homes. It is an essential material in virtually all modern electronics.

Many household goods, like toasters, electric kettles, hair dryers, microwave ovens, washing machines and refrigerators were once large, heavy and expensive, or weren’t even possible to make without plastic. The affordability of plastic made such items accessible to poorer households, immeasurably improving the general standard of living.

In the kitchen, it replaced glassware and metalware, which resulted in lighter, more durable, and less expensive alternatives. It offered the ability to create airtight seals, thereby reducing the risk of food-borne illnesses or cross-contamination.

In transportation, plastic replaced vast amounts of metal, wood and leather. Its durability and flexibility has helped to improve safety. It is more hygienic than porous surfaces on public transport. It is lighter than wood and metals, which means it saves fuel in motor vehicles, buses, trains, and aeroplanes.

In furniture-making, plastic provided durable, hygienic surfaces to replace wood that was hard to maintain and to disinfect. Because of its lower weight and the ability to mould plastics for stackability, plastic reduced transport costs and associated pollution.

It replaced heavier, less flexible and more expensive materials in an endless array of applications. By doing so, it saved weight, saved money, and – yes – saved the environment, by reducing the pressure on forestry and mining resources.

Every chair made of plastic is one less chair made of wood. Let’s save the trees for expensive furniture where aesthetics matters.

Perhaps the biggest revolution came in packaging. So-called ‘single-use plastic’ is today widely derided, and even banned in many countries around the world, without a single thought to the myriad benefits we derive from single-use plastic packaging and even utensils.

Of course, much of the packaging that was used before plastic was also single-use, and there is no way to argue that a paper package, a cardboard box or a tin has a smaller environmental footprint than a single-use plastic wrapper.

Plastic has made containers and bottles far less fragile than the glass we used to use, and far less heavy than either glass or metal, which saves transport costs and reduces fuel pollution.

Like in the kitchen, plastic makes it possible to hygienically seal products, dramatically reducing the risk of deadly and debilitating food-borne illnesses. Airtight plastic seals extend the shelf-life of products dramatically, thereby reducing food waste and spoilage, and virtually eliminating the risk of contamination.

In the supermarket, wrapping meat and fish in plastic, instead of in paper, reduces the likelihood of unsanitary juices leaking all over your fashionable canvas bags, which reduces your risk of getting food poisoning the next time you put veggies or a loaf of bread, sans plastic wrapper, in that filthy bag.

Of course, you should be using disposable plastic shopping bags for this reason. And single-use plastics do not need to be washed, which costs hot water and soap, not to mention precious time.

In the healthcare industry, plastics have provided cheap, lightweight and sanitary alternatives to formerly reusable equipment such as syringes and medicine bottles. A vast array of modern medical equipment is made of plastic, from tubing to sutures to blood bags.

Child-proof caps wouldn’t have been possible without plastics. Plastic containers make for very safe biohazard waste disposal, including for ‘sharps’ such as used needles and scalpel blades.

Spectacle lenses once were made of glass. They were thick and heavy, expensive, fragile, and were a safety hazard, especially for children. Today, they’re made of polycarbonate, a thermoplastic which is lighter than glass, has a better refractive index, so is thinner than glass, is tough and shatter-proof, and is in many other ways better than glass.

The entire filmography and discography of the 20th century was created, exclusively, on plastic, and played back on devices that were largely made of plastic.

Plastics have had a revolutionary impact on our health, our standard of living, on the lives of the poor, and on most of our modern industries.

It certainly won’t be solved by waging a ‘war on plastic’. A war on plastic is a war on efficiency, convenience, cost-effectiveness, and hygiene. And like all such wars, its costs will fall disproportionately on the poor, who cannot afford lah-di-dah alternatives.

Any effort to address plastic pollution needs to start with a recognition of how beneficial plastic is, and how essential it is to our wellbeing. It needs to recognise how much plastic has improved and continues to improve our quality of life and the general standard of living worldwide. It needs to acknowledge that plastic has improved the environment by reducing reliance on forest and mining resources, and by reducing transport-related pollution.

Plastic is one of the most amazing materials humanity has ever created. A war on plastic is just absurd.