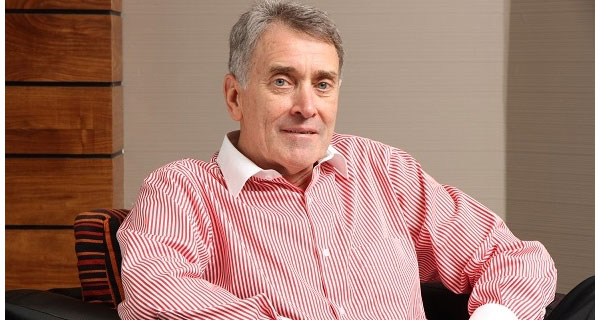 Kevin Hedderwick has had a spectacular career in the food service and restaurant industries in South Africa. In this podcast, he talks about his career with Steers, Famous Brands, Brian Joffe and Gourmet Burger Kitchen in the UK.

Here is episode eight of The Alec Hogg Show, a biographical podcast that looks behind the scenes at the lives of high achievers.

Kevin Hedderwick is a value creator par excellence. When he joined the Halamandaris family’s small Steers Group, the company was worth R65m. But when he departed – just over a decade and a half later – its value had soared to R16bn.

But a disastrous investment into the UK at R2.3bn – by far the group’s biggest ever bet – has removed the shine from Hedderwick’s legacy as did reports (ill conceived, he says) of a quickie business marriage and divorce with another South African entrepreneurial icon, Brian Joffe.

This wide-ranging discussion explores those subjects and a lot more, including the drivers that took Kevin from Commercial High School in the Eastern Cape backwater of East London to the pinnacle of South African business success.

Like other guests on this show, Kevin was selected on the basis that if his story were captured in book form – it would likely be a bestseller. It starts at the beginning….. click the link below to listen…..