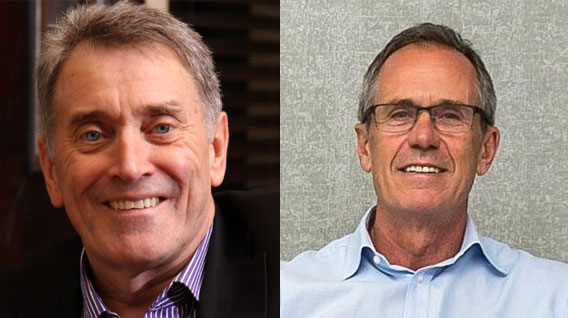 Former Famous Brands Group CEO Kevin Hedderwick and Antony Ball (above), the co-founder and ex-CEO of private equity company, Brait, have joined the board of Real Foods, a private company focused on natural food that owns brands such as Kauai.

These two former listed-company heavyweights join Real Foods CEO Dean Kowarski, who has a background in corporate finance and was involved with the unbundling of Fedsure’s health division.

Hedderwick has joined the Real Foods board as group strategic director and Ball as a director.

Kowarski said the company was focused on achieving strong organic growth and had an acquisitive growth strategy. The business was growing well organically, contrary to the experience of many of food and retail groups.

“Our existing business has done double-digit growth across all the businesses,” he commented.

Real Foods is performing due diligence on a number of potential acquisitions.

“There are some good deals but they’re hard to come by. These businesses tend to be owned by strong entrepreneurs with a passion for their business,” Kowarski said.

“Kevin believes that the growth of the natural foods sector is exceptional and that Real Foods is best positioned to take advantage of this growth.”

Hedderwick turned Steers Holdings, with a market capitalisation of R105m in 2005, when he joined, into the R14bn Famous Brands group before he left in 2015.

Hedderwick, who joined Brian Joffe’s Long 4 Life as COO in May 2017 and resigned five months later, said in the media release: “After spending much time in the listed corporate environment, I look forward to being part of the dynamic, agile and entrepreneurial, yet uncompromisingly results-driven culture at Real Foods.”

Kowarski said Ball was known as a pioneering private equity practitioner and as one of the most astute and respected investors in SA.

During his tenure at Brait, the company successfully raised four funds, listed on the JSE and completed transactions including the purchase of Pepkor and NetOne.

Ball left Brait in 2011 to pursue other opportunities and is the chairman of Value Capital Partners, where he sits on the board of PPC and Altron.

He has invested in a number of other private companies, including Real Foods through Illovo Ltd.

Kowarski said the natural food movement was the future of food, and compared its growth potential with the technology companies of 20 years ago. “Natural foods are still in their infancy in SA.

“Real Foods is well capitalised and we have over 160 stores,” he said, adding that it also recently introduced a range of Kauai retail products to Checkers stores.

“We want to be a dominant player in the natural food space. We’re not in the commoditised, low-margin space. We’re in the quality branded but accessible space.”

Kowarski said that being an unlisted company meant it didn’t have to return money to investors under an immediate time horizon.

“We want to grow the business, and a listing may be on the table, or a trade sale, or we may just continue to grow.”

Kowarski said that as an unlisted company, “we can make quick decisions and don’t have to answer to a whole range of stakeholders. We make mistakes, but we get things right more than we get them wrong. I don’t think we’d have achieved this kind of growth in a large corporate company.”

Real Foods was founded by Kowarski in 2013 and partnered with Genesis Capital Partners in 2014.