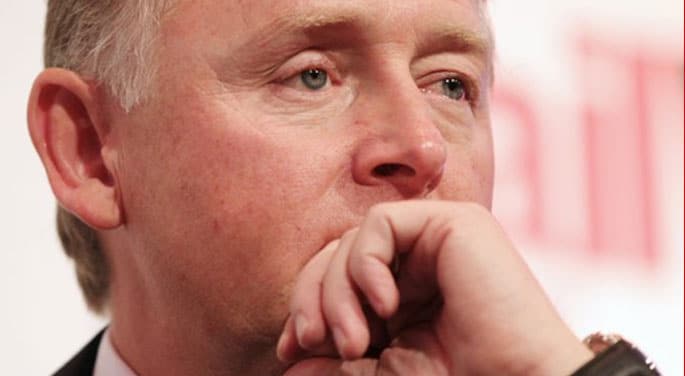 Retail giant Pick n Pay has announced that current CEO Richard Brasher will stop down from the helm later this year to be replaced by former Metro AG COO Pieter Boone.

Brasher’s last day on the job will be 21 April 2021, and he will be replaced by Boone immediately thereafter, with his successor boasting an impressive resume that includes top positions at major retailers across the world.

Pick n Pay Chairman Gareth Ackerman, son of founder Raymond Ackerman, said that Brasher’s departure is unfortunate, but that since he took the reigns in 2013, the company has grown from strength to strength.

“We are naturally very sad to be announcing Richard’s departure.  He has led a remarkable turnaround in our company, and the Pick n Pay Group is immeasurably stronger now than when Richard took over in 2013,” he said.  “He has almost doubled Pick n Pay’s store network, and has grown turnover from R55 billion when he joined the company to almost R90 billion.”

He said that “as well as delivering consistent and sustainable profit growth, modernising the Pick n Pay business, expanding our offer and transforming our efficiency”, Brasher has led the transformation of Pick’s holding company Boxer into Africa’s fastest-growing limited range discounter.

“Today’s announcement is very much a planned succession,” said Ackerman, adding that Brasher originally told the board of his intention to step down over a year ago.

“I am grateful to him for agreeing so readily to remain at the helm through the worst of the COVID-19 crisis, and until we had identified a suitable successor.”

On Brasher’s successor, Ackerman said that Boone had stood out among a wide range of highly qualified candidates that had been considered, and lauded the CEO elect’s global retail experience on account of his successful track record of over 25 years of leadership experience in the retail, food service and wholesale sectors.

Boone is a Dutch national currently living in The Netherlands, and spent the majority of his career to date in senior roles in Metro AG, a leading international business in the food and hospitality sector, and SHV Holdings NV, one of the world’s largest private trading groups, which includes the major Makro Cash & Carry wholesale business.

His latest role was as COO and Member of the Management Board of Metro AG, based out of Germany.  Prior to that, Pieter was Chief Executive Officer of Metro Cash & Carry in Russia, one of Metro’s largest business units.

Boone said that he is “delighted to be joining the Pick n Pay team at this time”.

“Retail is changing throughout the world, and my job will be to ensure that the Pick n Pay Group is at the forefront of change – earning the lifetime loyalty of more customers by giving them more, better and new ways to shop with Pick n Pay and Boxer,” he said.

“The past year has been challenging and tough in South Africa and in so many other parts of the world.  But I have huge faith in the ability of the country and the continent to triumph in the coming years, and cannot wait to get started on this journey.”

Brasher: ‘I’m proud of the work we have done’

Outgoing CEO Brasher said that despite his sadness in leaving the company, he is extremely proud of the work he has done while in charge.

“My aim when joining Pick n Pay eight years ago was simply to leave the business in a much stronger position than I found it.  I am extremely grateful to my team and the whole Pick n Pay and Boxer family for helping me to deliver this goal.

“The past year in particular has been the most unforgettable of my long career.  In the face of the most incredible headwinds, our business and our people have stood strong, taken every challenge in their stride, and worked harder than ever before.”