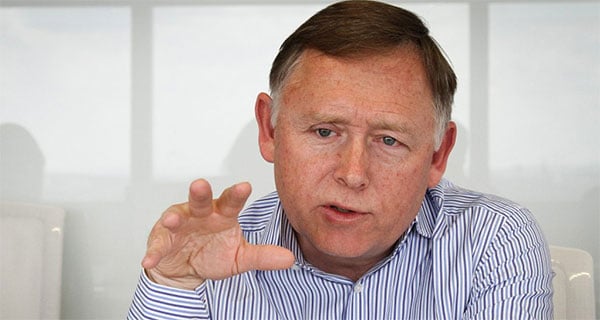 The surge in Pick n Pay’s share price and sales suggests that the retailer is returning to its former glory days. Brasher, the Brit who was appointed in 2013 as Pick n Pay CEO, has led the retailer’s spectacular recovery. However, the market wonders if Brasher will remain in the hot seat for another few years to see through the full recovery.

When Richard Brasher’s contract expires in 2021 as Pick n Pay’s CEO, it’s unlikely that the retailer’s controlling shareholder and founder, the Ackerman family, will let him go.

It has been six years since Brasher, the soft-spoken Englishman who left UK-based grocery retailer Tesco in 2012 after a clash with the board over its strategic direction, began picking up the pieces at Pick n Pay and restoring the retailer to its former glory.

Brasher’s arrival marked a significant shift in how the Ackerman dynasty appointed candidates to the hot heat. Unlike his three predecessors — Sean Summers, Nick Badminton and Richard van Rensburg — who were all internal appointments, Brasher was an outsider.

The 56-year-old stepped into a retailer that had initiated many failed turnaround plans dating back to Nelson Mandela’s presidency. Pick n Pay went through a sustained period of underinvestment in its stores, IT and supply chain systems — making it easy for its retail rivals to snatch its market share. And Pick n Pay’s core middle-to-high income customers were neglected, to its detriment.

Brasher declared at his first presentation to shareholders and analysts: “we need to go back to retail basics and giving customers more reasons to shop with us”.

By several indications, he has delivered on his promise of returning Pick n Pay on a path of growth.

Its full-year results, which were adjusted from a 53- to a 52-week year-ending February 2019, showed that profits soared 19.9% to R1.6-billion as turnover grew 7.1% to R86.3-billion. It’s an impressive turnaround for a company whose fate, it was feared, could go the way of OK Bazaars, once a leading retailer, but bought by Shoprite for R1 in 1997.

In one of the worst trading periods in history for South African retailers due to a sluggish economy and consumer spending that remains deep in the doldrums, Pick n Pay is emerging as a front-runner in the sector.

Although trading periods are not comparable, Pick n Pay achieved a full-year like-for-like sales volume growth of 5.1%, while Shoprite and Woolworths saw a more than 2% decline during their six-month periods.

The big question is whether Pick n Pay is starting to recover its market share from competitors including Shoprite, the market darling that could do no wrong for many years. Market watchers are divided.

Sasfin analyst Alec Abraham doesn’t believe that Pick n Pay is starting to claw back market share from Shoprite. Rather, he says the retailer is now participating fully in the market and has a wider store footprint. Pick n Pay didn’t join its competitors when they were aggressive in rolling out stores and establishing a much larger footprint across the country.

Underscoring the investment is that Pick n Pay had 992 stores (consisting of 570 company-owned and 422 franchise stores) when Brasher was appointed, to now operating 1,795 stores (including 719 franchise stores).

The retailer will spend another R2-billion in the financial year ahead, and part of the spend will go towards opening more than 100 stores (Pick n Pay and Boxer). It will open a store in Nigeria in 2019 and two more in the future.

Meanwhile, Gryphon research analyst and portfolio manager, Casparus Treurnicht, says Pick n Pay could have gained market share from Shoprite, which had a “disastrous” trading period. Shoprite was hit by significant currency devaluation in Angola, disruptions in its supply chain due to a protracted labour dispute and implementation of its new IT systems.

“With Shoprite management’s focus directed to these issues, it is quite understandable that Pick n Pay took market share. It will be interesting to see if Shoprite can recover market share once their internal issues get resolved,” says Treurnicht.

Despite a disruptive period, Shoprite still has an industry-leading trading profit margin — a key metric for measuring profitability in retail — of 4.4%. Pick n Pay’s is trailing at 2.4%, which Sasfin’s Abraham says is disappointing because its recovery is too slow.

At its peak 20 years ago with group founder Raymond Ackerman running the retailer, pencilling trading profit margins of 4.5% were the norm. Brasher has ambitions to grow the margin, but at a cautious level of 3%, last achieved by the retailer nine years ago when Nick Badminton ran the show.

“We want to reach the target (3%) sometime in the next 10 years. If the economy improves and we feel like we have the wind at our back, then it (the margin growth) will be straightforward,” says Brasher.

Asked if he will stay at Pick n Pay for the next 10 years to deliver this target, Brasher deflects, saying:

“I hope I live for the next 10 years.” Abraham says Pick n Pay cannot afford to lose Brasher.

“When he was named as the CEO, I said on paper, he is the right man for the job because he went through all of the steps that needed to be taken to turn Pick n Pay around. He was instrumental in taking Tesco from being a number three retailer in the UK to one of the top retailers in the world.”

Brasher’s recovery strategy had four pillars: modernising ageing stores, cutting costs in areas such as doing away with advisers and turnaround specialists, investing in promotions and discounts and improving on-shelf availability….