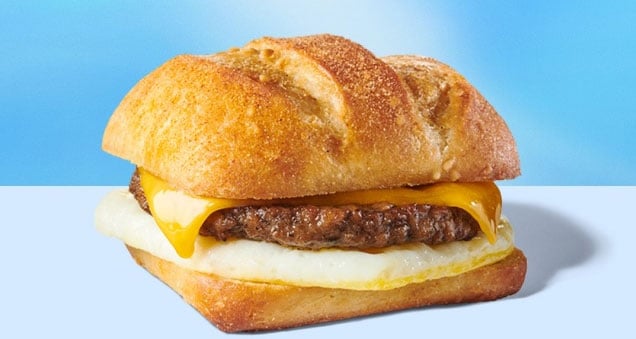 Plant-based food will “completely replace” animal products within 15 years, – so goes the ambitious forecast from the founder and CEO of US meat-alternatives group, Impossible Foods.

Speaking to CNBC after Impossible Foods announced a listing with coffee-shop giant Starbucks in the US, Pat Brown set out his projection for the growth of the plant-based sector, which is rapidly expanding in a number of markets.

“From a nutritional standpoint, our products match the protein quality and content of the animal products that they replace,” Brown told the business broadcaster.

“This is why I think people are increasingly aware plant-based products are going to completely replace the animal-based products in the food world within the next 15 years. That’s our mission. That transformation is inevitable.”

Management consultants AT Kearney estimates what it calls “the global meat value chain” is worth around $1.9trn. In research published last year and widely quoted by executives in meat alternatives, it posited that, by 2040, cell-cultured meat will account for 35% of global meat consumption, with “novel vegan meat replacement” – those made with plant-based inputs – 25% and conventional meat 40%.

His comments came on Monday June 22, on news that Starbucks has launched a breakfast sausage sandwich in the US using Impossible Foods as its supplier. May saw the Impossible Burger launched into around 1,700 Kroger stores.

Beyond Meat and Impossible Foods have been fiercely battling within the fast-food space to gain new exposure.

Impossible’s products will be included at 15,000 Starbucks stores, and CNBC said this triples the number of restaurants that sell Impossible products.

“In terms of the number of outlets, it’s by far the biggest launch we’ve had. And of course the opportunity to to partner with an iconic global brand like Starbucks is probably equally important in just raising awareness and interest and trial in consumers,” Brown said.

“Starbucks was one of our, if not the top, target outlet just because of the power of their brand and their ubiquity, and also, in the 18- to 29-year-old age group, more than a third of that population in the US goes to a Starbucks every month.”

Further importance of this development

Impossible has been up against supply chain issues that may have prevented a large-scale deal with a major restaurant. This time around, it has struck a relationship with a large manufacturer that gives it ample capacity to ramp production.

The new partnership comes at a time when traditional beef companies are experiencing forced shutdowns and supply issues due to the COVID-19 pandemic.

Impossible’s facilities are very different compared to meat rivals. It is heavily automated, with separation between people even under normal circumstances, said CNBC.

Impossible Foods, founded in 2011, has attracted nearly $1.3bn in investor funding to date.

You can watch the interview here: