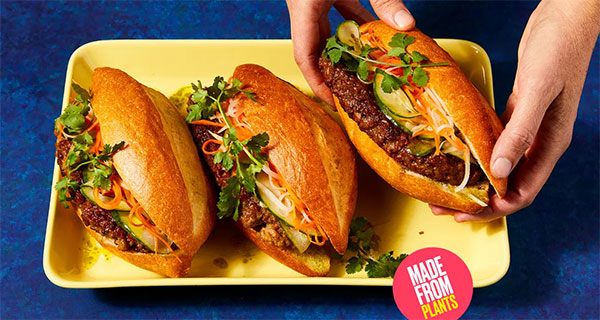 Having made a splash with its plant-based burger over the past couple of years, Impossible Foods is now leveraging its technology to take on another form of protein – pork.

The newly introduced Impossible Pork is just the second product from the Californian startup, and will be a pivotal one as it expands its mission to reduce the environmental impact of the global meat industry.

The new products were unveiled on Monday evening, Jan. 6, 2020, at the CES gadget show in Las Vegas.

The Impossible Burger has been on sale in restaurants across the US, including Burger King, for a few years and was recently approved for direct-to-consumer sales by the FDA.

At the heart of the plant-based Impossible Burger is a molecule called heme. Heme can be found in basically all living things, and is particularly abundant in animal muscle, helping give meat its distinct flavor and coloring.

Impossible Foods has developed a way to produce heme using DNA from soybean plants, then mixing it with more typical meat substitutes like potato and wheat protein to create a beef-like patty with a bloody residue.

This same technology forms the basis of its new Impossible Pork, which makes its debut in the form of the Impossible Sausage.

This plant-based meat alternative will feature in the so-called Impossible Croissan’wich at selected Burger King outlets in the US later this month. But the company’s ambitions for Impossible Pork go far beyond that.

“Beef is popular around the world, but in many cultures, the most popular and familiar and common dishes use pork as the main source of meat,” says CEO Pat Brown. “So for us to have an impact in those markets, pork was a necessity.”

Nearly 1.5 billion pigs are killed for food each year, a number that has tripled in the last 50 years, according to the World Economic Forum.

Impossible Foods is talking to Chinese regulators and potential partners that could make Impossible Pork in China.

The video below introduces the Impossible Pork.