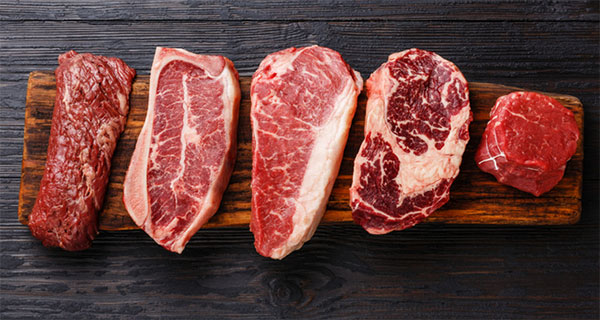 17 Jun 22 How’d you like your steak? Rare, medium or manufactured?

They are the real thing, not plant based and have been grown from cells drawn from healthy cattle. The company is one of likely more than 30 start ups around the world looking to take the nasty out of agriculture.

Here CEO Didier Toubia shares the story of the revolutionary company. Its goal is to help eradicate battery farms of cattle and chickens, which currently account for over 70% of meat production.

He was at the World Economic Forum (WEF) 2022 in Davos in late May to talk about the company and its work.

South Africa’s BizNews editor, Alec Hogg, was there and interviewed Toibia. Listen/view to this interview below.

Here are some excerpts….

I studied food engineering and biology back in the nineties in France. My primary goal was to help tackle issues of malnutrition and food security in the developing world. I started my career for a short period in Western Africa, on the Ivory Coast, with the IFC.

I quickly concluded that the challenges of the food system in this area were difficult to address with focused actions because the roots of the issue were systemic. It’s an issue of the wrong allocation of natural resources. Africa has a lot of resources and can feed its people. It is just not utilised, leveraged and shared equally.

On growing meat at Aleph Farms

What we do is grow meat directly from its building blocks, which are the cells. Meat is primarily a muscle tissue, which like any organism is made up of cells. We started the company based on a tech transfer from Professor Levenberg’s lab at the Technion, the Israeli Institute of Technology. Professor Levenberg has been working for 20 years on tissue engineering, growing pieces of organs for the purpose of fixing diseased tissues in human medicine.

So, we actually leveraged what has been taught in this space for a couple of decades to grow muscle tissue from bovine origin in our case; beef cows and the outside of the cow for the purpose of providing better food to people.

We isolate cells from a healthy animal, which in nature has this capability of dividing and arranging themselves inside the cow’s body. We transferred those few cells into a controlled environment that we call a cultivator – outside the cow – which replicates the same conditions as inside its body, meaning the cells continue to divide and arrange themselves into meat; the same as they would do inside the cow but on the outside under controlled conditions. That way we can grow meat in three to four weeks instead of maintaining an animal for one and a half to three years.

We can make the meat with the same amount of nutrients, water and energy, using a fraction of the resources in comparison to conventional meat and without emitting any greenhouse gas. On top of that, because our production system is in a closed environment, we can produce meat. Today, this is impossible in the Middle East and many parts of Asia. China is importing 90% of its beef; Japan 65%; Singapore 100%. We believe we can provide a more decentralised food system where we produce high-quality nutrition for anyone, anytime, anywhere, independently of the climate or the availability of arable land.

We use cells which are non-genetically engineered and non-modified, meaning natural cells. We go through exactly the same process those cells would go through in the cow; we’re kind of an extension of the animal, replicating what would occur inside the body, in an optimised and controlled manner, only outside the body. If we think about the history of human progress, even electricity was invented by looking at nature and reproducing this natural phenomenon in a controlled environment.

The history of human progress is about watching nature and incorporating a spontaneous or natural phenomenon, which can help humanity improve their lives and their environment, in a controlled system. Same with antibiotics, a natural component produced by fungi, which has been incorporated into medicine. So, what we do is a continuation of agriculture. We see cultivated meat as part of what we call cellular agriculture, meaning producing agricultural products based on the cell or tissue cultures. In our view, it’s a way to domesticate the cells of the animal, instead of domesticating the whole animal. We feed and nurture its cells and are working actively with a few ranchers’ organisations in different parts of the world to incorporate cultivated meat within the existing farming practices.

We need animals as part of a balanced ecosystem. Animals also play a role in regenerating the soil, which has been badly damaged over the course of the last few decades by intensive agriculture; especially, monoculture of soy and corn to feed animals. We need fewer animals; better managed, less productive, less resource-intensive systems and cultivated meat as a supplement for regenerative agriculture to make sure we can meet the increasing demand for protein while keeping this balance with nature. Cultivated meat, in our view, will be regarded by the ranchers as an extension of their business and a new development in the domestication of animals.

US: Venture capitalists are making bigger bets on food…
OP-ED: Why do you put hormones in my steaks?
Israeli start-up produces cell-grown slaughter-free steak
Man v food: is lab-grown meat really going to solve our…
Share
Print page
0 Likes
Posting....
Thanks for subscribing!