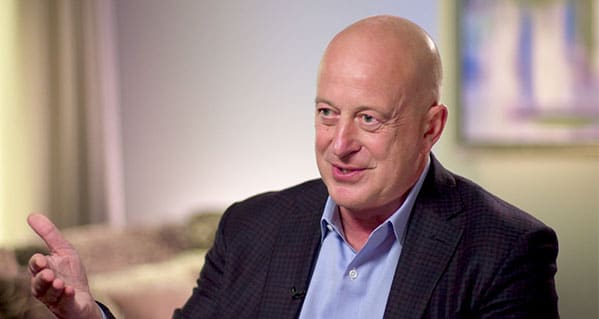 Sure, it helps a lot to be in the snacking business. About 75% of consumers around the world snack daily. Young people in particular routinely forego traditional meals for snacks. In the US, millennials snack more than four times per day.

All those stats come from Mondelez International’s Dirk van de Put, who became CEO in November 2017.

He ought to know: Mondelez has nine world-leading brands (Cadbury, BelVita, Oreo, Milka, Philadelphia, Halls, Tang, Trident and Toblerone), plus 65 local “jewel” brands. It’s #1 in biscuits/cookies, tied for #1 in chocolate; #1 in candy; and #2 in gum.

Overall, it boasts a 45% share of the global snacking market. “We are the leading packaged snacks company in the world,” Van de Put summed up at this year’s Consumer Analyst Group of New York (CAGNY).

Like other big CPG food companies, Mondelez has had its struggles in recent years, precisely because of industry-shaking consumer behaviour changes like snacking around the clock, not to mention a shift to healthier, fresher and more sustainable food choices.

In fact, just a year ago, slowing organic sales growth was causing some analysts to speculate that Mondelez — which spun off from Kraft in 2012 — might end up an acquisition target of Kraft Heinz, then viewed as a reviving powerhouse. (How quickly perceptions can change – read more here)

But since Van de Put took the reins, investors’ nerves have been soothed by a series of bold actions — all driven by determination not only to focus on the consumer, but to respond to consumers with agility, in localised fashion.

“More than ever, the consumer needs to be at the center of what we do. Today’s consumers eat differently, shop differently and seek different experiences. Since consumers are changing fast, we have to be more nimble, innovative and forward-looking than ever before.”

All very in line with current marketing buzz phrases, of course. But Van de Put has been taking real action.

Just four months into his CEO tenure, he initiated a global marketing restructuring, moving Mondelez away from a traditional, centralised structure to four regional consumer marketing officers reporting to a new global CMO (Martin Renaud), with deep experience in marketing on nearly every continent.

One of several key benefits is the ability to easily test new products in small markets.

The core vision — focusing all of Mondelez’s resources on becoming an ever-larger global snack company, by providing consumers with the nutrition, taste and convenience they crave – was capsulised in a new corporate tagline: Snacking made right. (Longer version: “The right snack for the right moment, made right.”)

It also created an innovation hub, SnackFutures, dedicated to developing and backing startups to launch disruptive brands, and revitalising existing brands — with an ambitious goal of generating $100-million in incremental revenue by 2022. Focuses: premium snacks, “well-being” snacks, and digital platforms and capabilities. (Mondelez already had strategic partnerships with Amazon, Facebook and Google in the United States.)

On the legacy brands front, you wouldn’t necessarily think that Oreo, the world’s largest cookie brand, would need refreshing. But it apparently still has ample room to grow.

That in part reflected the expansion of the Oreo brand and flavours to a host of non-cookie snack products.

But Oreo is also one of several examples of the power of localisation. Mondelez focused on the huge China market, adapting the brand to the Chinese palate and launching a “new marketing playbook” that included new, AR-incorporating packaging and “tailored packs for e-commerce and convenience stores,” Van de Put said.

The results in China, he reported, included double-digit sales growth, including a 50% sales leap in the ecommerce channel, and market-share growth both in ecommerce and the market overall. (Mondelez now projects that ecommerce, its fastest-growing channel, will reach $1-billion in sales by next year.) The company has also used localised Oreo strategies successfully in other markets around the world, according to the CEO.

This isn’t by any means an exhaustive description of all of the activity or ideas being experimented with at Mondelez. It recently launched a global creative agency review across all brands — after a similar review in mid 2018 — reflecting its new marketing structure and digital-first strategy.

Last week, in the latest of its sustainability initiatives, it announced that it’s become the latest CPG maker to join the Loop, a service that delivers goods to homes in reusable, refillable packaging.

So far, so good. Mondelez’s snack category growth is accelerating: up from 2.1% in 2017 to 2.8% last year. In its latest quarter, fiscal Q4, its overall revenue from emerging markets rose 6.5%, and even North American sales ticked up a bit (0.8%). Total revenue fell 2.8%, largely due to currency effects, but comparable sales rose 2.5%.

Of course, it remains to be seen whether it can continue to drive sufficient growth, through innovation and premiumisation, to more than offset potential volume hits from increasing prices to cover rising input costs. And there will inevitably be failures along the way.

But with all of its global resources and other advantages, one of the company’s biggest current assets may be Van de Put himself. In interviews, he comes off as smart in an unshowy, relatable way, and genuinely inspirational.

Asked last month by Fortune’s Susie Gharib to describe what makes a winner, he said:

“The winners are the ones that have the best vision of the future, and where the leader or the CEO is sort of the ambassador of the future.”

Succeeding at that vision requires creating a “culture of questioning” in which people are “constantly trying to improve things,” and “giving people the opportunity to constantly evolve and do new things,” he said.

“I need to take away any barriers so they can move fast. I need to take away blaming or fear of failure or not accepting being different. But then it’s up to the people when they have that freedom to really go and do something with it.”

In a departure from the prevailing tone at public companies, Van de Put also said that he’s encouraged at seeing “a lot more enthusiasm about what we can do with the company, really shifting toward focusing on the consumer, rather than where we’re going to make extra margin.”

An early mentor at Mars, he added, stressed that “‘If you want to lead the orchestra, you have to turn your back to the audience’… He meant that you’re not playing for your boss, or if you’re in a public company, for the outside world. You’re here with your team. Make sure that that’s the core of what you do, and make it successful.”