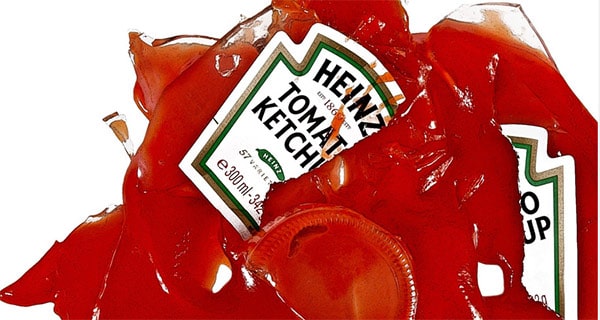 3G Capital burst onto the business scene a decade ago when it spent billions to buy America’s old-school food companies, including Heinz and Burger King, and then relentlessly cut costs, including mass layoffs, to create efficient production machines.

Rival companies followed suit, in some cases out of fear 3G’s founders would buy them to further bolster its lineup of storied brands, which includes Kraft Macaroni & Cheese and Bud Light.

Now, after transforming the American consumer landscape, 3G’s financial strategy appears to be running out of juice.

The latest, starkest example: last week, 3G-run Kraft Heinz wrote down the value of its Kraft and Oscar Mayer brands and other assets by $15.4-billion, disclosed an investigation by federal securities regulators and slashed its dividend, sending its shares down nearly 28%.

Among the problems, 3G underinvested in its brands at the expense of future growth, rivals and analysts said. Especially at Kraft Heinz, 3G failed to see the speed of the decline in consumer interest in legacy food brands — Americans now want to buy healthier items, focusing on natural and organic ingredients, and are less loyal to the brands they grew up eating.

3G’s aggressive approach to savings turned off possible acquisition targets and squelched the innovation that might have helped its brands like Maxwell House coffee and Lunchables adapt to industry trends.

The firm’s top executives themselves sounded the alarm on the shift last year.

“I’m a terrified dinosaur… I’ve been living in this cozy world of old brands and big volumes. You could just focus on being very efficient and you’d be OK. All of a sudden we are being disrupted in all ways.

“We bought brands and we thought they would last forever. Now, we have to totally adjust to new demands from clients.” 3G co-founder, Jorge Paulo Lemann, at the Milken Institute conference last April.

The results are exposing the limits of 3G’s hyperfocus on a financial strategy to manage its companies, while not putting enough toward marketing, research and development.

3G became the standard-bearer for zero-base budgeting, the accounting practice invented in the 1960s that 3G perfected and popularised, first with its founders’ acquisitions of Brazilian beer companies, and then later on a global stage.

It requires justifying every expense anew each year, no matter how small, rather than using the prior year’s budget as a starting point.

3G believed the savings generated from ZBB, as the accounting practice is known, would fund investments to drive sales growth.

Dwindling financial returns suggest the scale of innovation needed to meet the dramatic shift in consumer tastes, which is challenging most of the food industry, requires vastly more funds.

3G is throwing more money into new products now, and that is eating into profits across its snacks and fast-food empire, which includes Restaurant Brands International. Some of 3G’s founders are also major shareholders and board members of Anheuser-Busch InBev SA, the world’s largest brewer.

3G has always depended on acquisitions to provide a profit boost, as the integration and initial application of ZBB gives sharp, early benefits.

More recently, the firm hasn’t been able to land transformative deals. One target specifically called out the culture at a 3G-owned company for avoiding a tie-up with the firm.

Kraft Heinz’s earnings are falling, and it wants to sell some brands it doesn’t see a future for. Some of RBI’s restaurants are seen as outdated, and AB InBev, which is losing market share to trendier craft beers and cocktails, has cut its dividend. 3G doesn’t report its own financial results.

A person close to 3G said the companies it oversees still have higher profit margins than their peers, and that ZBB is only part of its strategy.

The perception of 3G is a big change from when its co-founders orchestrated the purchase of Anheuser-Busch by international beer giant InBev.

The 3G partners upended the culture at the St Louis-based, family-owned brewery that had been making Budweiser for over a century slashing spending by eliminating corporate jets, cutting back on free tickets to baseball games and cracking down on single-sided printing in the office.

The result was a more efficient, more profitable company. Through a string of brewer acquisitions over the next eight years and meticulous cost-cutting, 3G’s partners helped create a giant that sells four out of every 10 beers consumed in the US.

But the company, which makes America’s most popular beer, Bud Light, didn’t move quickly enough to adjust as young consumers turned away from drinking beer toward cocktails.

As one budgeting consultant who worked on 3G’s investments, said: “We were able to challenge the entrenched methodologies that were burdening these companies, but we weren’t thinking about what would come next.”

3G and others in the industry have conceded that while aggressive efficiency efforts work to boost margins, a company can’t survive if it doesn’t simultaneously spend the money to develop and market new, on-trend products…..

Boosting margins at the expense of sales doesn’t work anymore. Other big consumer groups will have to take note….

It’s not just in haute couture that fashions change. In the grocery aisle, trends also come go, and we’re not just talking about consumers turning off of processed foods and choosing niche items instead.

Thanks to the poor performances of Kraft Heinz Co and Anheuser-Busch InBev SA, investors’ appetites are also changing: from a demand for fatter profits, even if sales growth is sluggish, to a strategy that better balances the top and bottom lines, and is backed by a solid balance sheet, not one loaded with debt.

Kraft Heinz’s ugly earnings report on Thursday, its $15-billion write-down on some of its best known brands and an accounting subpoena look like the final nail in the margin-chasing coffin. The likes of Unilever and Nestle SA should take note…..