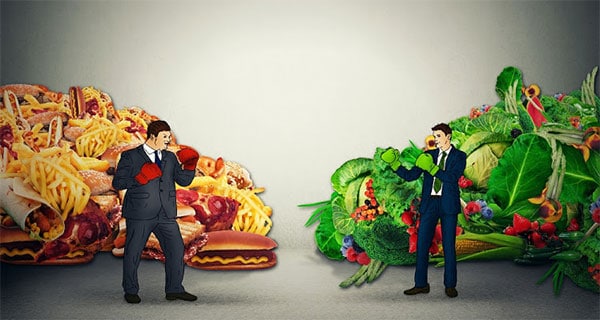 While the traditional takeaway fast-food industry in SA is taking considerable strain as the economy languishes, a quiet revolution is taking place in an alternative, healthier “fast-casual” segment.

Its growth is driven by millennial consumers focused on health and sustainability, who are willing to pay a slight premium for this.

One such disruptor to the fast-food sector is Real Foods, owner of the Kauai chain, Nü Health Food Café, artisanal bakery Schoon, and honey businesses Highveld Honey and Brother Bee.

Current CEO and former corporate financier Dean Kowarski founded the business in 2013. His “light-bulb” moment came while he was working on the New York corporate finance treadmill, eating poorly, and usually from not-so-healthy fast-food outlets.

He reasoned that if he couldn’t control his workload, he could at least manage his diet, and so began his passion for “real, healthy food”.

Kowarski has assembled a strong team to help grow the business, including former Famous Brands CEO Kevin Hedderwick, who is a non-executive director of Real Foods, as is Antony Ball, former founder and CEO of Brait. Ball, through his family office, has invested in and is a shareholder in Real Foods.

Examples of  this growing “fast-casual” segment that offers Kauai to varying degrees include Chipotle, Baja Fresh, Shake Shack and Sweetgreen in the US, and in SA would include Kauai and Nando’s.

With about 160 stores, Kauai. which operates as a franchisor as well as corporate store owner, has posted a four-year compound annual growth rate in revenue of 20%; and for earnings this is over 70%. In addition, Kauai retail products can be found in chains such as DisChem and Checkers.

When Real Foods bought Kauai in 2015, Kowarski realised he needed to transform this acquisition.

“It was not all that healthy, but at the same time it was not traditional fast food. As it was struggling to compete with mainstream fast-food offerings, we had to profoundly change menus and the supply chain and refocus the brand on its health positioning,” he says.

“We completely overhauled the supplier base and shifted to sustainable sourcing, for example, now using only free-range eggs and chicken, and organic coffee. In these initial stages there was much pain, with a few franchisees leaving the chain.”

Cost of setting up a new franchise store is about R2.5m, with an average three-year payback period for these full-concept retail outlets. The compact designs in Virgin Active gyms and other captive markets are cheaper, typically around R700,000, with about nine months for payback.

“With such impressive growth in this new segment, there is a strong business case for participating. There is a whole new health and wellness market waiting to be tapped into. However, the large corporates are often not nimble enough to participate in such opportunities from scratch.” Dean Kowarski

At this point in the harsh economic cycle, consumer affordability could potentially inhibit ongoing strong growth, but the current trend of Real Foods is not reflecting this.

While a JSE listing may be considered at some stage, it is currently not a main driver. Real Foods is in the buy-and-build stage of its long-term strategy and would like to see critical mass of at least 250 stores before considering going public.

Kowarski appears to genuinely want to make a difference in the healthy food arena and emphasises this is not some get-rich-quick venture.

“We need to have a very coherent set of businesses within Real Foods, with a clear focus on real, whole, natural foods. We’re not a private equity fund but rather a trade player with a deep understanding and knowledge of this fast-growing sector.”