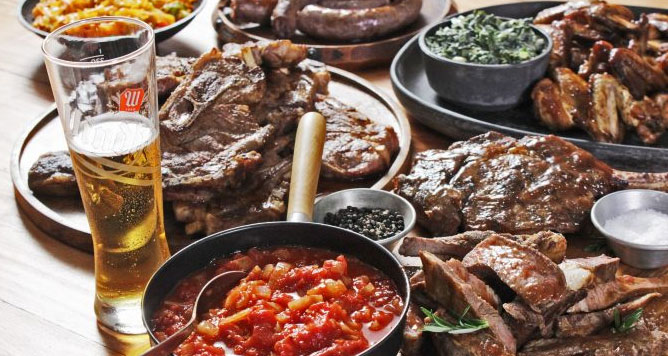 The Makers Landing Food Lab incubation programme at Cape Town’s V&A Waterfront recently opened, a partnership with the National Treasury’s Jobs Fund to support job creation and skills development in the local food industry. It’s currently home, too, to an exhibition of 100 Flavours of South Africa.

While this is a culinary project, it does provide some interesting insights into the fascinating diversity of the South African food palette and flavour preferences.

Curated by Studio H, this exhibition is a beginning –  which is as it should be – because there are no right or wrong answers in the quest for a country’s core tastes, writes food anthropologist, Anna Trapido.

“The brief was impressively/absurdly ambitious. It potentially encompassed everything ever consciously consumed by people living on the land that we currently call South Africa…..The list was created after considerable consultation but nevertheless it is merely a tool with which to discuss, debate and thereafter to add/subtract epicurean entries. It is hoped that the 100 Flavours exhibition (which opened on 10 December 2020) will whet appetites for an exploration of South African identity through food.”

Here is a distillation of the amazing scope of flavours and foods of South Africa, defined by its diverse peoples, races and history, in no particular order:

Read more about the exhibition and the project here….