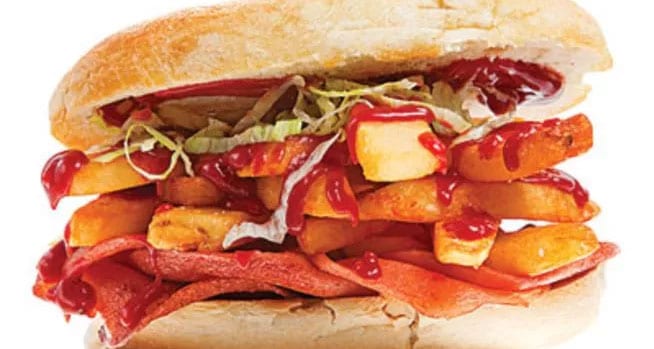 A masters graduate at the University of the Western Cape (UWC) has written her thesis on the evolution of Cape Town’s signature super sandwich, the Gatsby.

Wentzel looked closely at the Athlone community in the city and how the Gatsby became popular in a time of forced removals, rebuilding community identity and cultural belonging.

A Gatsby is a South African submarine sandwich typically sold as a foot-long sandwich sliced into four portions. One large sandwich may be shared among several people.

It is a popular in the Western Cape province, with many fast food and takeaway restaurants, stores and food stands purveying them.

It generally comprises the bread roll, french fries, polony, and spicy achar – and was dubbed The Gatsby after the 1974 film The Great Gatsby, which played there at the time of the sandwich’s invention.

“It’s a thesis about food, culinary heritage, tradition, politics and history and how that all intersects on our plate or takeaways.”

“Sometimes we take for granted the history and archives embedded in our food.”

Listen to the story on Cape Talk’s The John Maytham Show: