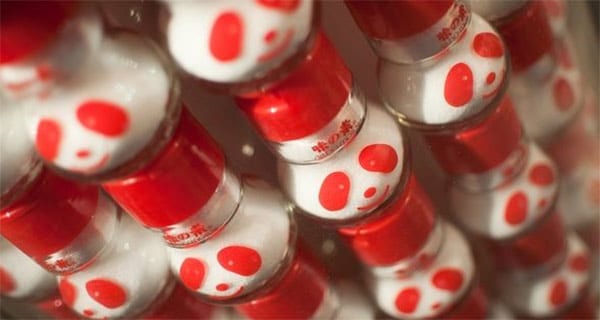 Posted at Tuesday, May 7th, 2019 h in Top International Stuff by Brenda 0 Comments

Ajinomoto, the world’s largest producer of monosodium glutamate, is on a crusade to rehabilitate the image of MSG, long reviled as the source of so-called “Chinese restaurant syndrome”.

Ajinomoto of Tokyo, founded more than a century ago, is in the middle of a $10-million, three-year campaign to persuade Americans [and the world] that MSG is safe — and maybe even good for you, if it helps you eat less salt.

One argument advanced by Ajinomoto and its supporters: Americans were too quick to blame MSG for a collection of symptoms termed “Chinese restaurant syndrome” because of stereotypes about Asians.

They say xenophobia, not science, explains the initial anti-MSG push a half-century ago that lingers today despite no definitive evidence that MSG causes sickness in humans.

What’s it in? MSG is found naturally in some foods like yeast, tomatoes and cheese, and is commonly added to others, including chips, soups, frozen dinners and ranch dressing. When added to food, the FDA requires MSG to be listed among ingredients as monosodium glutamate.

The image issue: Four in 10 Americans say they actively avoid MSG and many people identify themselves as sensitive to it. The average American consumes around half a gram of added MSG a day, according to the FDA.

Is it bad for you? Studies have found no conclusive evidence that MSG has any adverse health effects on the vast majority of people when consumed in normal concentrations.

Is it good for you? MSG is about 12% sodium, roughly one-third of the 39% in table salt. Makers of MSG say that when sprinkled on food it can help people reduce their salt consumption. 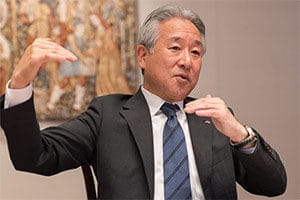 At Ajinomoto’s Tokyo headquarters, the company’s president, Takaaki Nishii (left), proudly holds up a bottle of the white powder, shaped like a chubby panda, and says that unless you’re planning to consume 50 pounds in one sitting, the old talk of MSG risks is rubbish.

“I want to convey to the American people that this is fake news,” says Nishii. “It was passed down from grandmothers to mothers to children.”

MSG as a commercial seasoning sprang from the research of Japanese scientist Kikunae Ikeda. In 1908, he changed the world’s understanding of flavour when he coined the term “umami” to describe a distinct savory taste he found in a traditional Japanese broth made of dried kombu seaweed.

Shortly after, a business was born distilling this broth into a white crystal form and packaging it as “Ajinomoto”, meaning in Japanese “the origin of flavour”.

The company, Ajinomoto, took its name from the seasoning. It spread quickly around the world, setting up shop in New York in 1917.

Today, Ajinomoto counts many of the biggest food companies among its customers, with a plant in Eddyville, Iowa, turning out MSG for foods like potato chips and chicken noodle soup.

Ajinomoto claims a 20% share of the global MSG market, with food companies based in China also holding a large share.

For all the anti-MSG sentiment, global consumption of the powder was 3.26 million tons last year, an increase of 23% from 2010, according to Ajinomoto.

The US FDA puts MSG in the category of foods “generally recognised as safe” and estimates that the average American consumes around half a gram of added MSG per day.

Even so, four out of 10 Americans say that they actively avoid MSG, according to the International Food Information Council, an industry-funded nonprofit.

Thus the $10-million campaign, which is soon to include sponsored articles on BuzzFeed touting MSG’s merits. The company is targeting dieticians and chefs with MSG tastings where participants are invited to try a bowl of chicken soup before and after the powder is stirred in.

Ajinomoto wants to repair MSG’s image by linking it with umami, a more favourable word signifying a rich or savoury taste.

The word is increasingly recognised by American food fans after research showed the tongue has umami receptors. As Ajinomoto sees it, MSG is just an industrially produced version of the same umami-creating substances found naturally in foods such as tomatoes and cheese.

MSG’s problems began with a 1968 letter published in the New England Journal of Medicine from a doctor who said he felt numbness and palpitations after eating Chinese food. He proposed that MSG additives could be the culprit for something the journal called “Chinese restaurant syndrome”.

It struck a chord with the media and consumers at the time, and soon restaurants around the US began hanging “No MSG” signs on their store windows.

Culinary historian Sarah Lohman says the idea of Chinese restaurant syndrome caught on with Americans who were quick to imagine that their discomfort after a heavy meal came from Asian chefs slipping a dodgy powder into the food.

Nishii, the Ajinomoto president, says there may have been an element of prejudice, considering stereotypes of the time. “It’s nearly 2020, so I can now say calmly that I think it was involved,” he says.

Jordan Sand, a professor of Japanese history and culture at Georgetown University, takes a different view. He says a lot of food additives and chemicals were raising fears in the 1960s and 1970s, including sugar alternatives that were linked to cancer.

Whatever the reason, many restaurant owners still feel a “No MSG” sign helps show their commitment to food safety. One of them is Tran Minh, who owns a popular Asian restaurant in Portland, Ore, that went MSG-free about seven years ago.

“There’s a lot of demand for non-MSG food in Portland,” says Minh. He says he has to brew his broths for 48 hours to make up for the lost umami flavours, and he wonders whether all the restaurants claiming to be MSG-free go to such lengths or take the forbidden shortcut.

Nishii says he feels disappointed when he sees such signs, but he says company polls show gradual improvement in consumer opinions.

“Americans say that they hate MSG but they continue to eat lots of it,” he says. “The knowledge that it’s healthy is in their minds, but they’re just not fully acting on it yet.”