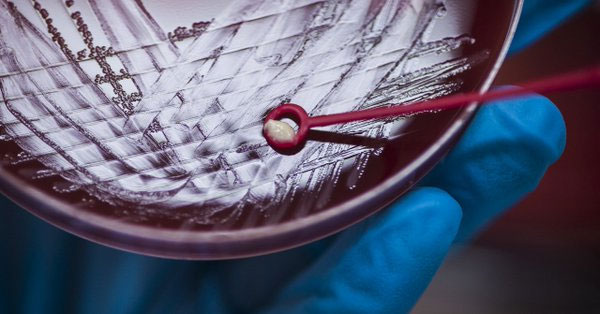 06 Mar 18 “When you’re in the food business, how can anything possibly outweigh killing your customers?” Today’s top listeriosis news stories

Tiger Brands is embroiled in a scandal which makes its debilitating bread cartel shock of 2007 look like a picnic. On Sunday afternoon, South Africa’s Department of Health said 180 people had died from Listeriosis. It has definitively linked the bacteria to products made at Tiger’s meat processing factory in Polokwane.

South Africa’s Health Department supported by officials from the World Health Organisation, have spent months trying to establish the source of the deadly disease. In a statement on December 7, Health Minister Aaron Motsoaledi said they had established the deadly bacteria most likely originated through “a widely consumed product from a food processing plant”.

Somehow that didn’t set off Tiger’s alarm bells, despite its Enterprise brand, with 19% of the market, leading SA’s meat processing category. Even now that the connection has been scientifically confirmed, hapless Tiger CEO Lawrence MacDougall is all defence – yesterday telling a press conference the company has seen no evidence of links between the Polokwane factory and the 948 identified cases Listeriosis.

Tiger Brands’ second disaster in a decade stems from skewed priorities. The lengthy risk management section of its 2017 annual report ranks “Product quality” last of nine listed risks to the business – behind cyber threats, business continuity and even “risk of earnings decline from associates.” When you’re in the food business, how can anything possibly outweigh killing your customers?

Once again, SA’s health systems have failed us. The listeriosis outbreak announced officially on Sunday is the largest in history.

The historical sequence is that the national Department of Health reported the outbreak on January 8. At that time 61 people were already dead and the infection rate was about 750 people. The department then kicked into gear, trying desperately to find the source of the disease.

In early February the death toll started increasing at a furious rate and, in the seven days until February 15, it doubled.

Finally this weekend the department announced it had discovered a link and ordered Tiger Brands to remove three products — Enterprise polony, frankfurters and viennas — from the shelves. By this stage, 180 deaths had been reported.

No disease is pleasant, but listeriosis must rank as one of the most cruel since it attacks pregnant women, the newborn and the elderly. If caught early, it is treatable with a thumping dose of antibiotics. It is transmitted orally via contaminated food, which is why mass-produced food products are such a risk.

Inevitably, as soon as a crisis like this unfolds, the finger-pointing starts. The Department of Health, already reeling from the Life Esidimeni crisis, is desperately keen to see the food companies, mainly Tiger Brands but also Rainbow Chicken, take the rap for the outbreak. The companies are now in a tight spot; keen to portray themselves as fully co-operating but reluctant to take full responsibility for the outbreak, at least until they see the scientific reports for themselves.

At the hastily called press conference on Monday, Tiger Brands CEO Lawrence MacDougall repeatedly said no link between Enterprise products and any of the deaths had been demonstrated. That’s quite a risky statement to make. If it turns out that a link is found, the company will find itself doubly blamed for poisoning the public and then denying responsibility until forced to do otherwise.

MacDougall refused to be drawn on what would happen if a link was found, but you can almost guarantee it would be horrible. Civil and criminal charges seem likely to follow, which explains why the companies are understandably eager to distance themselves from admitting any link…..


We may have discovered the source of the ST6 outbreak strain of Listeria – but the issue is not over!  Now more than ever before it is necessary for the food industry to be vigilant and proactive in eradicating listeria from their facilities. With increased awareness and pressure from consumers and industry bodies around this issue, food safety will be under the microscope.

Food Focus is still engaging with the industry to help empower them with effective information.  We have a Listeria Workshop scheduled for the 8th March in JHB – it is practical, insightful, and taps into the experience and knowledge of a range of industry experts.

AND Bill Marler, the founder and publisher of foodsafetynews.com, a food safety advocate and foodborne illness attorney is flying in from the USA and will be speaking at our workshop this week.

• Preventing Listeria in processed meats
• Listeria and fresh produce
• What have we learnt about Listeria in dairy? Root cause analysis case study
• Listeria prevention master class
• Top 10 tips – Effective facility design and the role of maintenance
• Cleaning and sanitation regimes in the food industry – are we doing enough to prevent?
• CFA – advice to industry – the importance of hygiene zones
• How to effectively audit listeria programmes
• Testing overhaul
• Recall and liability issues
• The root cause – food safety culture?
•  PLUS Bill Marler – insight from 25 years of food poisoning experience

Tiger Brands also announced that it has halted operations in Polokwane and Germiston, Gauteng to carry out cleaning protocols at those facilities. The company’s share price took a beating, at one stage dipping almost 13% to R370.30. By 10:06 the shares were trading 7.06% weaker at R395.00.

“Tiger Brands prioritises the health and safety of consumers above all else. To this end, we have, with immediate effect, undertaken a full national recall of the identified Enterprise ready-to-eat chilled processed meat product range.

“We have contacted all our customers to confirm that the recalled products are removed from their store shelves and will continue to work with authorities to ensure an effective and speedy recall,” the announcement said…..

The world’s worst outbreak of listeriosis in history has claimed 180 South African lives and counting. Now, the time-honoured national pastime of finger-pointing and blame-shifting has begun.

The Department of Health says an Enterprise Foods factory in Polokwane is ground zero for the current outbreak. The CEO of Enterprise’s holding company, Tiger Brands, said on Monday there was “no direct link” between their products and the disease – but the National Institute for Communicable Diseases begs to differ.

Cosatu, meanwhile, maintains that the Department of Health must own up to its poor management of the outbreak….

The health department has blamed processed-meat companies for delaying its progress in identifying the source of the deadly listeriosis outbreak, which has killed 180 people since January 2017.

Tiger Brands said it was waiting for the results of its own tests, even as it issued a product recall wider than the three items made at its Enterprise Foods unit that were identified by the National Institute of Communicable Diseases (NICD) as being contaminated with the strain of listeria that has caused the outbreak of the deadly disease.

KwaZulu-Natal processed meat producer Eskort has called for calm amid Minister of Health Aaron Motsoaledi’s announcement that processed meat was the source of South Africa’s latest and worst listeriosis outbreak on record.

The latest news has caused panic among consumers, leading them to dispose of processed meat products they have already purchased including polony, viennas, ham and cold meats.

The meat producer, which has been in operation in South Africa for 101 years, said its products are not manufactured in Polokwane in the Limpopo Province, where Motsoaledi identified the source of the latest outbreak.

“Eskort only has manufacturing facilities in Estcourt (KwaZulu-Natal) and Heidelberg (Gauteng), where all Eskort products are exclusively produced. Eskort continues to cooperate fully with the Department of Health and Agriculture and all tests on Eskort products have been confirmed as negative across the Eskort range of Russians, polony, viennas and bacon,” said the producer.

The company said it subjects its products and facilities to strict standards as well as external independent maintenance…..