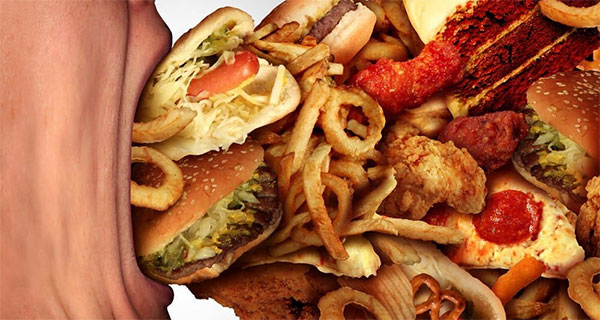 27 Jan 20 Your brain is a pig: How evolution has primed us to gorge

An evolutionary biologist explains how years spent on the brink of starvation still affects our eating habits. [A fascinating article! Ed]

“If you ever want to make a lot of money,” human evolution expert Gordon Orians notes, “write a book about dieting.”

Orians, a professor emeritus of biology and author of the 2015 book Snakes, Sunrises, and Shakespeare: How Evolution Shapes our Loves and Fears, has spent decades studying human evolution. He reckons books about diet plans will always make money because our evolutionary history has both made them necessary and impossible to follow.

What’s behind our food cravings

Eating right is so challenging because all of our food-based instincts evolved in an environment very different from that in which we actually live.

Orians explains that most of human history took place under conditions of severe food scarcity. Until very recently (and still in many parts of the world), starvation has always been one of the leading causes of human death.

Historically, humankind’s principal occupation was to find and consume enough calories to stay alive, and this struggle has left its mark on our genes.

“Honey, for our ancestors was an extremely important source of nutrients, particularly during seasons when other food was less available, during dry seasons if animals were gone. It was also the only source of very sweet food that they had.”

For our savannah-inhabiting ancestors, finding and eating honey could mean the difference between life and death. Over time the human palate adapted to experience sugars as delicious.

Our taste for fatty foods has a similar lineage. “Fat is wonderful stuff,” said Orians, “its caloric density is three times greater than carbohydrates or protein.”

Any organism that wants to store energy for lean times stores it as fat because it’s comparatively much easier to carry around. The incentive structure is simple, “When you enter a drought or a famine period, the more fat you are carrying, the more likely you’re going to make it out alive.”

Evolution also explains why healthy vegetables don’t taste better. But, says Orians, it’s not us, it’s them. Getting eaten is not actually good for most vegetables. A lettuce is not going to get too far in this world if animals keep coming along and eating all its leaves. Therefore, most vegetables defend themselves by evolving chemicals that are bitter and difficult for animals to digest.

It’s only through extensive domestication, says Orians, that the veggies we eat today are even tolerable to our palates. We’ve been breeding out plants’ natural defences to make them better food for us. The opposite is true of fruits. For some plants, it’s good to be eaten because that’s how they spread their seeds. Unlike veggies, fruits want to become poop.

Your brain and the buffet

Of course, most modern Westerners don’t feed themselves by foraging the grasslands. Instead, we live in a world of supermarkets, restaurants, and food courts in which calorie-rich foods are readily available in large amounts.

This creates a mismatch. When we’re born, we bring the instincts and energy of human evolution to the buffet of modern eating. “Over most of human history, going for sweets would have been a wonderful thing. Now we have to spend a lot of effort to avoid them, and this is very very hard because evolution has made them so attractive.”

The instincts that served us well when our primary nutritional challenge was getting and storing enough calories to stay alive, today lead to health problems. Orians mentioned obesity and diabetes as two major health problems that result from this discord between taste and environment.

Orians also believes that our eating habits can cause larger-scale problems. Our evolutionary ancestors had very intimate and detailed knowledge of where their food came from. When we get our food from the supermarkets and restaurants, we become ignorant of the long supply chains that feed us, which makes it hard for us to “appreciate the full complexity of the food production system: what it takes, where it comes from, what it does to the environment, how we can do better” Orians says…..