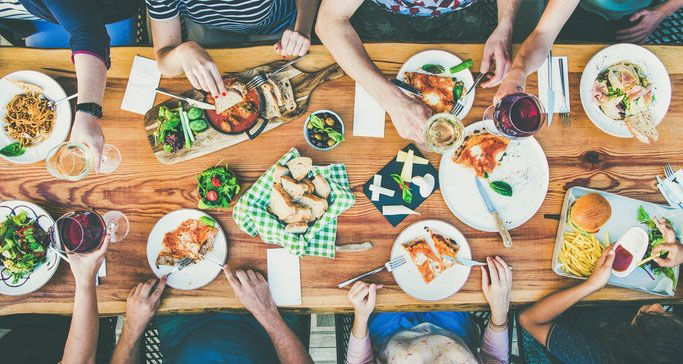 01 Mar 21 Will 2021 be the turning point for cutting-edge food technology?

What we eat and drink is changing thanks to cutting-edge food technology that allows for the creation of better ingredients, crops and animals. The biggest challenge: explaining the science to consumers.

Jonathan McIntyre believes it’s time to rethink how to talk to consumers about the science of food. With a long career in food R&D and senior R&D positions at Indigo Ag and PepsiCo, today he serves as CEO of Motif FoodWorks, a biotechnology platform to develop plant-based ingredients that can mimic the nutrition, taste and texture of animal products.

There’s been a lot of industry excitement about Motif since its spinoff from Ginkgo Bioworks in 2019, and the company is preparing to launch its first ingredients this year.

With all of the science and technology focused on food innovation, McIntyre believes consumers deserve to know more about what these companies are doing and why.

“We need to start with defining what food science means,” he said. “There is science in all of food, but we don’t talk about it. …The way it’s cooked, the way it’s harvested, the way it’s cleaned, washed, combined with other ingredients, is all based on science.”

“And in a time where sustainability and other social issues are driving us to a broader definition of what are the best foods to consume, and we are expanding our palate, there’s an opportunity to figure out a way to make those foods tasty and nutritious, especially in the plant area.”

By applying new technologies, companies and researchers are getting closer to making breakthroughs. These could lead to different types of food, or producing the same food in radically different ways. The landscape is already changing. The first cell-based chicken appeared on a Singapore restaurant menu in late 2020, and several companies say they are confident cell-based meat will be approved in the US this year.

Companies are using technologies such as CRISPR to make crops more desirable to consumers through genetic modification.

After decades of working toward approval, the first genetically modified animal product — AquAdvantage salmon (left) — is slated to hit US grocery store shelves this year. And a proposed rule change may modify the way most bioengineered meat gets regulatory approval, which many say would make it easier for these products to go forward.

As research and technology continue in 2021, the question remains: Will consumers want to try products that result from these developments? After all, the butterfly seal that shows a product is Non-GMO Project Verified is a coveted symbol to put on packages. And starting in 2022, much bioengineered food — the new label for food made through genetic changes, also known by the acronym GMO —​ will be required to be labelled as such.

But what about GMO fears?

Some who work in food technology have seen their products and research passed over in the past because of purported consumer fear of GMOs. This includes Alison Van Eenennaam, an animal geneticist at University of California, Davis.

However, Van Eenennaam believes that most consumers do not care whether a product has the Non-GMO seal; instead, other factors take precedence.

“They want a product that they want for whatever reason. It tastes good, it’s the right price. You know, the three things that normally drive consumers,” she said.

And the popularity of products like the Impossible Burger, which makes its plant-based heme out of genetically modified soy, could also be changing attitudes.

Michael Lavin is founder and managing partner of Germin8 Ventures, which funds companies using technology to bring food and agriculture to the next level. He believes that consumers often have many misconceptions about food and technology, and cited a 2015 study from the University of Oklahoma found that four in five consumers felt there should be mandatory labelling of food products containing DNA — which is in literally everything people eat.

“There is a problem that we need to fix as stakeholders,” Lavin said. “We should take more responsibility to be the brokers who put to bed some of these misperceptions and myths, and really educate the consumer — in a respectful way, of course — to have a greater understanding of what is really in our food, and what should be there, what shouldn’t be there, and what tools are really enabling the things that they want, such as sustainability and impact.”…..