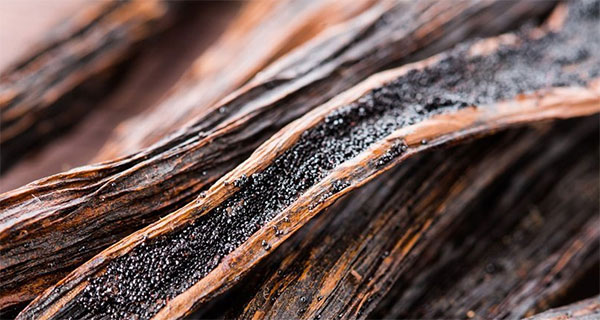 13 Jan 20 Where does vanilla stand in terms of food fraud?

The wholesale price of vanilla pods has escalated nearly 500% over the past four and a half years, due to severe weather conditions affecting quality and availability – making vanilla the second-most expensive spice after saffron, and worth more per kilogram than silver.

This poses two questions: what can vanilla be adulterated with, and how can we detect adulteration?

Pure vanilla-bean extract is made by vanilla beans in a solution of ethyl alcohol and water. Its costly production and labour-intensive extraction process coupled with cyclones, drought and theft have contributed to making this ingredient susceptible to food fraud.

There are numerous ways that pure vanilla extract can be adulterated. A common adulterant is with cheaper tonka-bean extract, which smells and tastes like vanilla-bean extract because of the presence of a phenolic compound called coumarin that is found in both vanilla and tonka beans.

Since pure vanilla extract does not contain coumarin, it can be used as a marker compound to detect its adulteration with tonka-bean extracts.

There are several analytical methods available for the detection of adulterated vanilla. Some of the techniques are costly, with long turnover times, but other techniques offer accurate separation and swift detection of this type of adulterant.

In the early 2000s, in India, there was a food adulteration incident involving the use of mercury to adulterate vanilla extract. Heavy-metal presence or contamination can be detected with the use of ICP or AAS.

Coumarin is a common phenolic compound found naturally in many plants, including many spices such as true cinnamon, made from the bark of the Cinnamomum verum plant (also known as Cinnamomum zeylanicum). Cinnamon contains extremely low levels of coumarin but tonka bean contains notably high concentrations.

For people who are taking blood thinners, consuming excessive amounts of coumarin may increase their risk of bleeding. Coumarin is toxic, and inhibits the functioning of the liver, which plays a role in mopping up poisons and clearing them from the body.

For more information and assistance on this topic, contact FACTS SA.com.