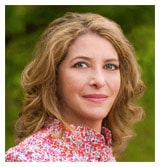 US investigative journalist Nina Teicholz calls it “a victory for science”. SA scientist Tim Noakes says it proves that one person can “change the world”. This article calls it a decisive defeat for medical, scientific and dietetic establishments in their ongoing war against the critics.

The BMJ (formerly the British Medical Journal) has announced that it will not retract the peer-reviewed investigation it published by Teicholz in September 2015.

Her article documents in detail how the US Dietary Guidelines (DGAs) have ignored vast amounts of rigorous scientific evidence. This evidence is on key issues such as saturated fats and low-carbohydrate diets.

Teicholz’s article has been the target of an unprecedented retraction effort that was organised by an advocacy group that has long defended those guidelines.

The BMJ stance is becoming a lesson in unintended consequences for those attempting to stifle debate on the topic. It raises fundamental questions about who was behind the retraction effort and their motivation.

In a press release, The BMJ states that two independent experts conducted formal post-publication reviews of the article and found no grounds for retraction. Thus, The BMJ stands by Teicholz’s article and the assertions it makes. The journal has made some corrections. However, these do not materially undermine any of the article’s key claims.

Teicholz says her article, therefore, stands as “one of the most serious ever, peer-reviewed critiques of the expert report for the US Dietary Guidelines for Americans”.

The article, which The BMJ commissioned, is titled: The scientific report guiding the US dietary guidelines: is it scientific?. Her conclusion: the current DGAs are founded on weak scientific evidence.

Teicholz notes that the guidelines are the world’s most influential dietary advice. Yet her article demonstrates in series of claims that have now been re-examined and confirmed that the DGAs do not reflect the best, most current science.

The US government’s three recommended diets are generally based on a “minuscule quantity of rigorous evidence,” Teicholz writes. This evidence “ only marginally supports claims that these diets can promote better health than alternatives”.

She documents that for decades, DGA expert committees have ignored most of the rigorous (trial) evidence. This demonstrates that much of the DGA advice “is in error”.

The omission of crucial, government-funded trial evidence suggests “a distinct reluctance by the report’s committee (DGAC) to consider any evidence that contradicts the last 35 years of nutritional advice”.

Teicholz found that the most recent DGA expert committee reviewed the science in many ways that do not meet standard systematic standards. This allowed potential bias into the report. Both of The BMJ’s outside reviewers not only confirmed this point but elaborated on it.

Different kinds of bias may have caused these “lapses,” Teicholz says. These include financial conflicts of interest, outside agendas, and “a desire to confirm existing advice”.

Mark Helfand, professor of Medical Informatics and Clinical Epidemiology at the Oregon Health & Science University supports Teicholz’s contentions. He and Lisa Bero, chair of Medicines Use and Health Outcomes at the University of Sydney conducted the formal post-publication reviews of Teicholz’s article for the BMJ.

In The BMJ press release, Helfand says: “I found nothing to contradict Teicholz’ central concern that the DGAC’ processes to protect against bias are inadequate. It is clear that further investigation of the composition of the committee, as well as its conflict of interest policies and work group structure, are warranted.”

Not surprisingly, Teicholz’s claims have infuriated many of the experts whose science has been used to produce the Guidelines as well as those who have long defended them.

Teicholz has become a prominent critic of the conventional diet, high in carbohydrates and low in fat, especially saturated fat. That’s following nearly 10 years of research on nutrition science for her groundbreaking book, The Big Fat Surprise.

It quickly became an international and New York Times best-seller. The Economist named it the Number 1 science book of 2014.

Unusually for a book by a lay writer, two academic journals, the American Journal of Clinical Nutrition and The BMJ, reviewed it at length and favourably.

The Center for Science in the Public Interest (CSPI) organised advocacy and research groups as well as all the members of the 2015 DGAC to sign a letter asking the BMJ for retraction. Click here to read the CSPI announcement.

It says that more than 180 people, including prominent cardiovascular and nutrition scientists from 19 countries, called for the retraction.

Information obtained by public records requests reveals that many academics passed along the retraction request without asking a single question about its substance.

It shows that Harvard epidemiologist Frank Hu was particularly active in soliciting his European colleagues. Hu was the DGAC member who chaired the review on saturated fats.

In an article  in The Guardian earlier this year, journalist Ian Leslie reported that some signers had not even read the “offending” article. Leslie noted that Harvard epidemiologist Meir Stampfer asserted that Teicholz’s work was “riddled with errors”. Yet Stampfer declined to discuss any details with Leslie.

Editor in chief Fiona Godlee says that neither Teicholz nor The BMJ is new to criticism.

Healthcare is rife with controversy, she says, more so in nutrition science. Godlee describes it as characterised by “much weak science, polarized opinion and powerful commercial interests”.

Further, she writes that “nutrition is perhaps one of the most important and neglected of all health disciplines. Those in positions of power have traditionally relegated it to non-medical nutritionists”.

Godlee says that nutrition should be “a central part of medical training and practice.” It should be a matter of “grave concern to those attempting to develop evidence-based health and economic policies that truly serve public interests.”

A number of scientists lauded The BMJ’s standing by Teicholz’s article.

In a press release issued by Teicholz, former editor-in-chief of The BMJ Richard Smith states that there is “an ugly tendency these days for powerful groups to call for retraction of any article they don’t like.” The BMJ has “stood up for science on a crucial subject that affects everybody.”….