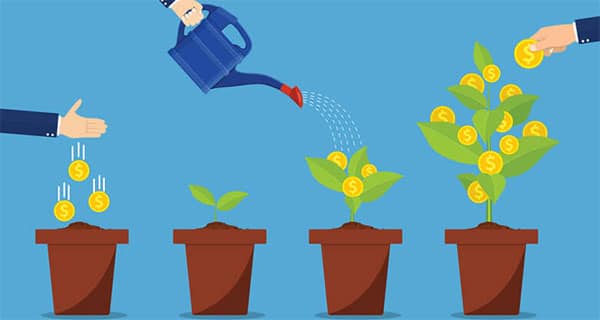 Investors have pumped millions of dollars into nascent companies tied to trends such as plant based and sustainability with the hope of striking it rich.

Just a decade ago, investors clamoured for pieces of the newest technology startups. Today, a growing number of them are looking for riches by acquiring stakes in food companies working on trendy products popular with consumers.

The path that prompted investors to shift their money from technology to food was built on failure. Food, it turns out, has always been valuable. People have to eat and tend to choose food they love — which can make an investment in the space a lucrative one. For many investors still hurting from the financial sting of earlier deals, the segment was seen as a less risky place to invest.

“By producing consumables that someone likes, you’re able to sell that consumable to them again and again, you get to build long-standing relationships, as opposed to only engaging with them for one-off purchases,” Giles Cadman, the chairman of Cadman Capital Group, told Food Dive.

In the last several years, consumer consciousness has started to shift. People are more discerning about what ingredients are in the food they eat and what products they want to see from CPG manufacturers. As a result, the market has opened up for innovation, said Lisa Feria, CEO of Stray Dog Capital, an early stage venture capital fund that focuses on plant-based products.

“I saw this huge opportunity that was connected by consumer demand,” she said.

That demand stemmed from doctors telling older Americans to be more conscientious about what they consumed. In addition, improvements in food technology allowed for faster product innovation. Americans also increasingly valued issues such as environmental stewardship and sustainability in many of the things they purchased.

But consumer demand didn’t start there.

“Honestly, I think this goes back probably to right around … 2009 or 2010 where I think a lot of the venture capitalists’ VC funds were looking for alternatives to technology,” Greg Wank, a partner with Anchin, Block & Anchin, told Food Dive.

Investors pivoted to consumer packaged goods because the technology bubble had burst, he said. Suddenly, tangible goods became appealing to invest in. Interest in the category began to gain momentum when large manufacturers started acquiring upstart brands in an effort to rework their image and appeal to the modern consumer.

“If Kellogg is going to pay that kind of money and that kind of multiple, this could be a place we should be investing,” Wank said, referencing conversations he had with investors around the time of the company’s acquisition of Bare Naked natural breakfast and snack foods in 2007.

While natural foods catalyzed the flood of investments into food, it is now innovative upstarts and novel ideas that drive growth.

How to measure success

Filipp Chebotarev, CEO and managing partner of Cambridge Companies SPG, told Food Dive the venture capital firm has generated strong returns through several of its investments including Tosi, Once Upon a Farm and Vive Organics. The companies, he said, have benefited from increased consumer interest in free-from trends and holistic nutrition.

However, he acknowledged that the same trends will not go on forever. To mitigate some of that risk, Chebotarev looks to invest in companies that are part of multi-billion dollar categories such as plant-based proteins or better-for-you snacks where there is a greater chance to grab market share. Seventy percent of his investments are in companies that have $20 million or more in revenue, he said.

“(Consumers) want to know as much detail as they can about what they’re eating and drinking. That’s a hugely important factor to remember when investing in the food and beverage markets these days.” Giles Cadman, Chairman, Cadman Capital Group

This approach requires Cambridge to pay more money to invest, which Chebotarev said requires vetting each investment thoroughly. That process can take anywhere from four months to several years as it did with Fourth & Heart, which is now growing at 100% annually.

Chebotarev said he met the founder of Fourth & Heart, which makes a line of grass-fed ghee, two years prior to investing in the category. Due to the niche nature of the product, he did a significant amount of research. The scales tipped, he said, when he saw other investment firms such as Boulder Food Group investing in the company.

At Stray Dog Capital, Feria said she moves at a faster pace because of her knowledge of the category. The fund chose to focus exclusively on plant-based products because there already was an existing market among millennials and Gen Zers that was unlikely to dissipate. In addition, the space was supported by older generations focused on food-based health to combat chronic diseases and live longer. This gave Feria confidence that plant-based food is not a passing trend.

“If you’re really resting on the fact that the largest cohort ever on earth (Millennials and Gen Zers) already is driving changes in this direction, it can only get larger,” she said…..