19 Jan 17 Vegemite is back in Australian hands 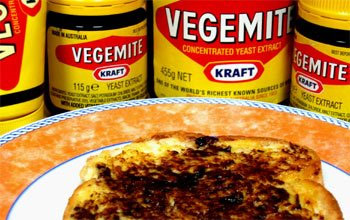 Vegemite, the iconic yeast spread found in almost every kitchen Down Under, is heading back to Australia as part of a record A$460 million ($345 million) acquisition by Bega Cheese.

Bega, best known for its cheddar cheese, is buying a suite of brands including Zoosh salad dressings and beef drink Bonox from Illinois-based Mondelez International.

The debt-funded deal will transform dairy producer Bega into a consumer-goods company. Its shares jumped the most in more than a year.

Found on the shelves of 90% of Australian kitchens, Vegemite was first made locally by the Fred Walker Co in 1922, which later merged with Mondelez’s parent, Kraft.

While the sticky, salty, love-it-or-hate-it spread is unknown to most Americans [and most outside of the Antipodes], every Australian adult typically buys a jar each year, according to Bega.

The acquisition of Vegemite and the other brands hands Bega almost one third of Australia’s A$550m spreads market.

Irvin, a fifth-generation dairy farmer, said in an interview last year that he aimed to break a history of meagre returns at Bega, Australia’s leading cheese maker. Volatile commodity prices had made it difficult to make money manufacturing simple food ingredients such as skimmed milk powder.

Bega is also acquiring the license to sell Kraft Peanut Butter and processed cheese. That license expires in December 2017.

Bega did not specify its plans for those products beyond this year but said it had “a number of brand transition options”.

Bega expects the newly acquired assets to generate annual revenue of about A$310m and earnings before interest, tax, depreciation and amortisation (ebitda) of as much as A$45m.

Mondelez was established to take advantage of faster-growing emerging markets and generates more than 70% of its revenue outside the US.

But with the strong dollar weighing down sales, the American company has been more focused on its home market. It attempted to acquire Hershey last year in a failed deal that would have turned it into the world’s biggest sweets company.