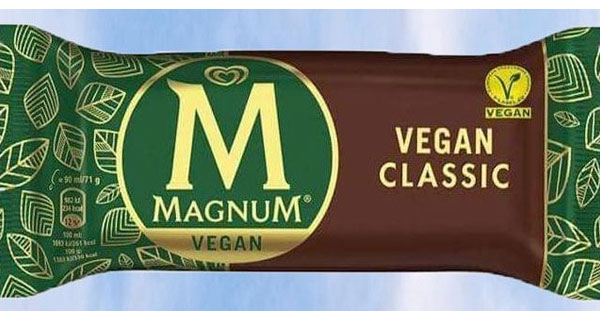 Unilever is is set to launch two new vegan versions of its popular Magnum ice-cream bars in Sweden and Finland next month – a move being seen as a major development in the vegan space.

Magnum Vegan Classic and Magnum Vegan Almond, which are European Vegetarian Union approved, are made from a pea protein base and covered in smooth dark chocolate.

They will be available to purchase in four-piece multipacks and singles from supermarkets in both Sweden and Finland.

According to Innova Market Insights data, plant-based product claims have increased by 62 percent globally from 2013 to 2017.

“The dairy alternatives market has been a particular beneficiary of this trend,” says Lu Ann Williams, Director of Innovation at Innova Market Insights.

“With the growing availability and promotion of plant-based options to traditional dairy lines, specifically milk beverages, and cultured products such as yogurt, frozen desserts and ice cream.”

And there’s still plenty of room for innovation as the demand for vegan shows no sign of slowing down.

In fact, gravitation towards plant-based diets in general, along with interest in vegan, vegetarian and flexitarian lifestyles as well as concerns over animal welfare, have together served to increase interest.

NPD has subsequently seen an 11 percent CAGR for the 2013-2017 period, according to the market researcher. 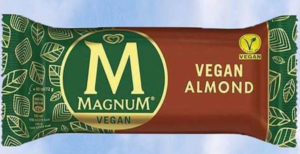 The Magnum ice cream brand is one of the largest in the world. Given both the influence and size of the brand, the company’s foray into vegan ice cream is monumental – its current range dairy products are firm favourites for many consumers around the world.

Originally developed in Belgium, the brand was even rated the number one best-selling ice cream on the planet by Forbes in 2016, ahead of other major ice-cream brands including such as Ben & Jerry’s and Häagen-Dazs.

While Magnum’s first vegan products are, at this time, known only to be launching in Finland and Sweden, there is speculation that the company will expand its dairy-free options to other locations, similar to fellow Unilever brand Ben & Jerry’s that has brought out several vegan ice cream flavours in the  the US, Asia, Australia and the UK.

Finland, Sweden and the UK
Magnums are not the first vegan products to be rolled out exclusively in Finland and Sweden.

Finland and Sweden are also home to McDonald’s McVegan burger. In 2017, the fast-food giant rolled out its McVegan Burger in the two countries, after initially trialing it in Finland. 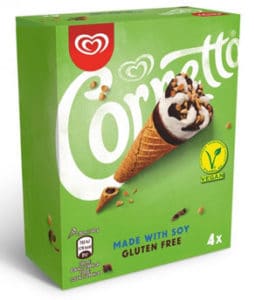 At the start of this year in the UK, Cornetto launched its dairy-free ice cream, which was sold exclusively at Sainsbury’s in February 2018.

The cone is lined with chocolate, filled with creamy soy-based ice cream and topped with nuts and extra chocolate.

As demand grows in markets all over the world, vegan innovation, specifically plant-based product development, will increase, asserts Innova.