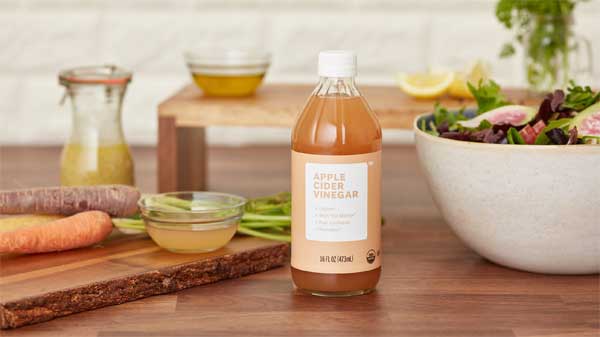 It’s probably never been a better time to be a new CPG/FMCG brand. Thanks to new distribution channels like Facebook, Twitter, Instagram and YouTube, it’s never been easier — or cheaper — for a new brand to build and audience and find customers online. 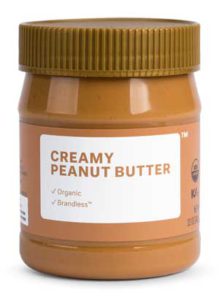 Brandless products: What you see is what you get…

Now meet Brandless, the brainchild of serial US entrepreneurs Tina Sharkey and Ido Leffler (pictured below), who hope to take advantage of this new environment and change the way consumers buy everyday essentials.

It’s hoping to make going to the grocery store to stock up on pantry items a thing of the past with its direct-to-consumer business model and $3 price point for every product it offers.

Over the last three years, Sharkey and Leffler have set out to build a collection of products that span categories including non-perishable food, cleaning supplies, health and beauty products, personal care items and office supplies.

In the food category, for instance, it sells everything from canned goods to salad dressings and sauces to snacks and candies to coffee, all priced at $3 a piece.

Housewares include measuring spoons, can openers, corkscrews and a selection of knives, while cleaning supplies include all-purpose cleaner and dish soap. And on the health and beauty front, Brandless sells everything from toothpaste and mouthwash to hand soap and body lotion.

The big innovation at Brandless was to make a wide range of household staples and sell them all at a single price.

By stripping away what it likes to call the “brand tax” — ie, all the costs related to the traditional consumer packaged goods distribution model — and going straight to the consumer, Brandless can offer its goods at 40 percent less than comparable products on average. 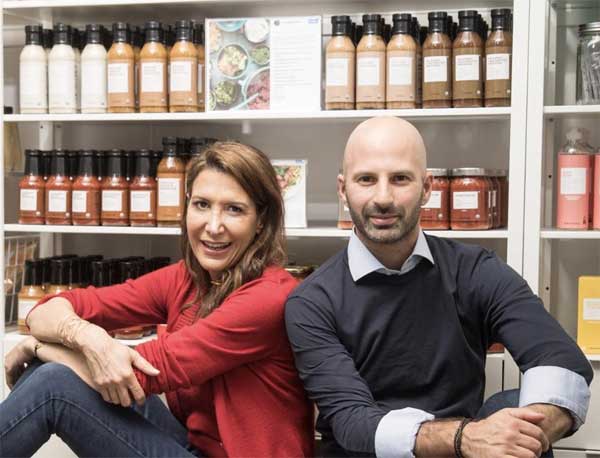 One of the ways that Brandless has been able to lower costs is by reducing the number of products it offers. With a product development team in Minneapolis led by Rachael Vegas, the company has narrowed its product line down to a couple hundred essential items. Vegas previously worked at Target for 15 years, where she most recently oversaw the company’s center-of-store grocery business.

While Target had tens of thousands of SKUs represented in its grocery markets, Brandless has tried to source just the essentials from its partners. It may not offer a dozen different versions of the same product, but its selection also doesn’t seem incomplete.

The company is also betting on a few trend-forward items, like say quinoa puffs or gojuchang sauce, and has plans for seasonal items that it expects to sell during the holidays.

Another key difference is Brandless packaging, which seeks to highlight the important details of each product. That means pointing out what’s non-GMO, organic, fair trade, or kosher, as well as which things are gluten-free or have no added sugar.

But the biggest difference between Brandless and all the major CPG/FNCG players is its business model: Rather than sell through traditional retail stores, the company is offering its goods online.

In the process cutting all the distributor costs, breakage costs, sales trade costs and other fees associated with retail distribution, which is the main way it’s able to offer products so cheaply. It’s also creating a direct relationship with the consumer, which most CPG brands don’t actually have.

“Most CPG companies don’t have any relationship with consumers,” Sharkey said. “If you think about how products are distributed today, their customers are the stores, not the end consumer.”

With billion-dollar exits for companies like Dollar Shave Club and Jet.com, investors are lining up to back new e-commerce brands going after huge markets. That’s certainly the case for Brandless, which has raised more than $50-million over three rounds of funding prior to launch.

Brandless was incubated by Sherpa Capital, where Sharkey was a venture partner before returning to life as a founder, and it received seed funding from Cowboy Ventures and Slow Ventures. Redpoint led the company’s Series A round, and NEA and GV just closed a $35-million Series B in the company ahead of its public unveiling.

Those investors are betting on a couple of serial entrepreneurs in Sharkey and Leffler who have deep experience in community, e-commerce and consumer goods.

Prior to Sherpa, Sharkey served as CEO of Johnson and Johnson subsidiary BabyCenter and had also co-founded the online media company iVillage. Leffler, meanwhile, has founded a number of consumer brands, including Cheeky, YesTo and Yoobi.

Few startups have dared to go after the traditional grocery business, but with plenty of funding, a couple of seasoned entrepreneurs at the helm, a diverse set of products and a disruptive pricing model, Brandless is ready to take on that challenge.

E-commerce company Brandless launched last week, but it is already billing itself as the “Procter and Gamble of millennials”.


Brandless Hopes To Shake Up Consumer Products With Direct – Forbes

Tina Sharkey and Ido Leffler are trying to do the same for smaller purchases, launching Brandless, an online-only store of consumer basics, …

Brandless wants to do away with corporate markups on everyday products, from corkscrews to organic maple syrup.