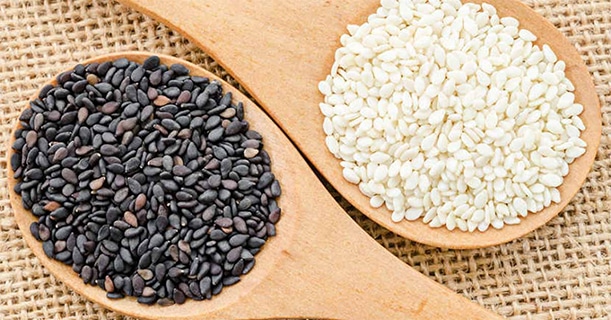 04 May 21 US declares sesame a major food allergen

Posted at Tuesday, May 4th, 2021 h in Food Science, Technology and Ingredients Stuff by Brenda 0 Comments

US President Joe Biden has signed legislation declaring sesame a major food allergen, meaning all products that use sesame seeds or derivatives will have to be explicitly labelled after Jan 1, 2023.

Naming sesame a major allergen has been on the federal government’s docket since 2018, when the FDA started looking into the prevalence and severity of allergies to the seed.

In November 2020, the FDA published draft guidance in the Federal Register asking manufacturers to voluntarily disclose the ingredient. Similar legislation passed both houses of Congress last year, but did not make it to the president’s desk.

The bill also mandates a detailed report on federal government activity to classify, measure, diagnose and prevent food allergies in the US.

It also tasks the US Department of Health and Human Services with presenting a plan for modifying the federal government’s list of major allergens in a timely fashion through regulation. The report must be presented to Congress and posted on the HHS website in 18 months.

The declaration of sesame as the ninth major allergen had been a widely expected move. The question was largely not whether it would happen, but rather when and how the declaration would be made.

Sesame will now join dairy, soy, wheat, peanuts, eggs, tree nuts, fish and shellfish as an ingredient that must be specifically called out on food packaging.

Although this is new to the US, the EU, Australia and New Zealand, and Canada already require packaged foods to prominently label sesame as a potential allergen.

According to research published in JAMA in 2019, as many as 1.6 million people in the US — about 0.49% of the population — could be allergic to sesame. Another study done by the National Institutes of Health and published in the journal Pediatric Allergy and Immunology found that 17% of children with other food allergies are also allergic to sesame.

The allergic reactions to sesame also tend to be some of the most severe. Research from the Center for Science in the Public Interest found that nearly 39% of children and 45% of adults with sesame allergies had severe reactions, defined as a reaction involving at least two organ systems or anaphylaxis.

This is a higher incidence than severe reactions to egg and milk for children and adults, and wheat for adults. Additionally, a third of adults with sesame allergies had at least one visit to the emergency department in the previous year, according to data in the CSPI report…..

You installed the add-on RSS content, it has been converted into a WordPress plugin for wordpress.org rules compliancy. You can download the new plugin on wordpress.org
x