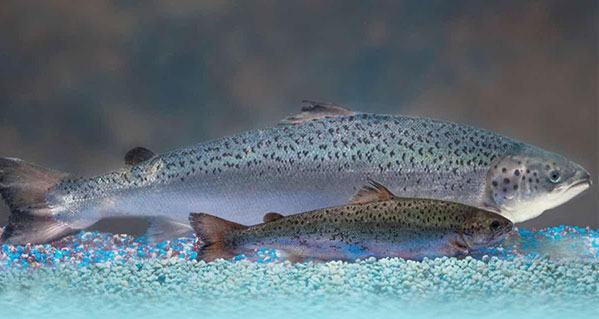 The US FDA has lifted an import alert on genetically engineered (GE) salmon, following an appeal by biotechnology company, AquaBounty Technologies.

An alert was first issued in 2016 that prevented GE salmon from entering the US. However, FDA Commissioner Scott Gottlieb has said that following a “comprehensive analysis of scientific evidence”, GE salmon met the statutory requirements for safety and effectiveness under the Federal Food, Drug, and Cosmetic Act.

Environmental and consumer groups have denounced the ruling, raising concerns about the ecological threats to wild salmon.

“These guidelines don’t require mandatory labelling of GE salmon, and instead allow producers to use QR codes or 1-800 numbers for more information.”

The FDA said it analysed the potential environmental impact that an approval of the AquAdvantage salmon application would have on the US environment.

Commissioner Scott Gottlieb said: “Based on the multiple forms of physical and biological environmental containment measures proposed by the company in its application, the FDA found that an approval of the application related to AquAdvantage Salmon would not cause a significant impact on the US environment.”

AquaBounty, a majority-owned subsidiary of biotechnology company Intrexon, said the decision will reduce the US dependence on seafood imports.

Sylvia Wulf, AquaBounty CEO, said: “As FDA notes in this announcement, our salmon was approved by the agency over three years ago based upon a very comprehensive science-based review process, which established that our salmon was safe, nutritious, and environmentally sound and met all other regulatory requirements.

“We will immediately start the process to import AquAdvantage eggs from our hatchery in Canada to begin [to] grow out at our Indiana facility.”

The genetic makeup of the company’s GE salmon takes a growth hormone regulatory gene from the Pacific Chinook salmon with a promoter gene from an ocean pout and puts it into the genome of an Atlantic salmon.

AquaBounty said the modified fish is able to grow to market size using 25% less feed than the traditional salmon.