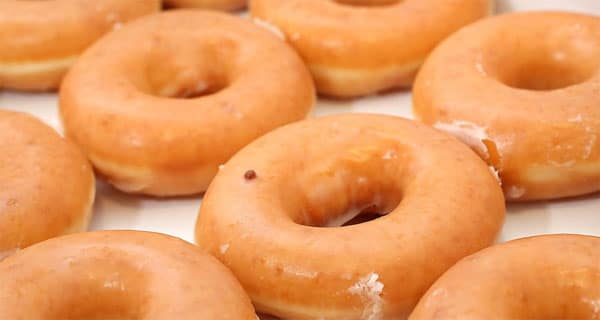 15 May 18 WHO urges all countries to ban trans fats

Posted at Tuesday, May 15th, 2018 h in Top International Stuff by Brenda 0 Comments

The WHO has published a draft recommendation that adults and children reduce trans-fatty acid intake to less than 1% of total energy and industrially produced trans-fatty acids be removed from the global supply chain.

In the draft 13th​ General Programme of Work, which would guide the organisation’s effort from 2019-2023, WHO argues that eliminating industrially produced trans-fatty acids, such as partially hydrogenated oils, and reducing trans fat intake, such as from dairy products and meat, could dramatically reduce the heart disease.

It estimates that every year, trans fat intake leads to more than 500,000 deaths from cardiovascular disease, and points to evidence that diets high in trans-fat increase heart disease risk by 21% and death by 28%.

In addition, WHO argues there are indications that trans-fat may increase inflammation and endothelial dysfunction.

“Replacing trans-fat with unsaturated fatty acids decrease the risk of heart disease, in part, by ameliorating the negative effects of trans-fat on blood lipids,”​ WHO notes in written comments.

To help governments and manufacturers eliminate industrially produced trans-fat from the diet, WHO released a step-by-step guide with the acronym REPLACE, which stands for:

The recommendation comes almost three years after FDA announced it would revoke the GRAS status of PHOs ​(Partially Hydrogenated Oils) to remove artificial trans fat from the US food supply, as recommended now by WHO.

FDA initially set a deadline of June 18, 2018, for manufacturers to stop adding PHOs to human food unless otherwise approved by the agency.

A call for more clarity and holistic recommendations ​

While the recommendation should come as no surprise given its alignment with WHO advice from 2002 and the 2015 Dietary Guidelines for Americans, some public health and consumer rights advocates are unhappy with development – but for very different reasons.

On one end of the spectrum, Marion Nestle, leading nutrition academic at New York University, argues the recommendations are not as clear as they could be.

“I wish dietary recommendations would refer to foods, not nutrients. We don’t eat specific fatty acids. We eat foods containing a mixture of saturated, unsaturated and polyunsaturated fatty acids,”​ she notes in a May 14 blog post​.

She also points out that trans fats are more likely to be in highly processed foods, such as packaged snacks, but notes that adding this level of clarity to the guidelines is “politically impossible.”​

Does the recommendation ‘trample’ consumer rights?​

On the other end of the spectrum, the Consumer Choice Center, which fights for consumer choice, says WHO’s call for a “worldwide ban on the use of trans fats”​ is “just another arbitrary intrusion into the lives of consumers and part of a larger trend of paternalist regulations,”​ according to a May 14 release.

It suggests WHO’s recommendation to phase out artificial trans fat tramples on the consumer rights of adults, will increase costs and “is unnecessary given that in developed countries … 97% of the food supply is already trans fat free.”​

WHO acknowledged this last point in its recommendation, but explains that it is moving forward with the recommendation in order to bring less developed countries up to the same standard.

Stakeholders and others who wish to express their opinions about the draft recommendation have until June 4 to do​.