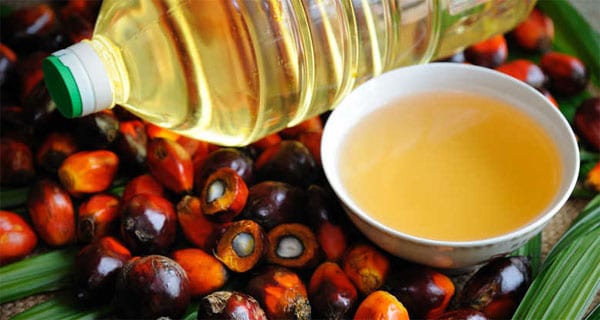 Unilever has taken a pioneering stance on its palm oil supply chain by being the first consumer goods company to publish in full a dossier of all the suppliers and mills that it sources from. The rare industry move is designed to show the company’s commitment to transparency.

This is a radical step in palm oil supply chain transparency with Unilever considering the full disclosure a “milestone” in its journey towards a more sustainable palm oil industry.

The industry at large is often plagued by concerns about deforestations, human rights and child labour abuses, as well as other environmental impacts like endangering orangutans and the palm oil industry is often in the spotlight for the wrong reasons.

Over the last few years, FoodIngredientsFirst has been closely following some of those issues and reporting on the organisations involved as well as the response from industry players, some of which have heavily stepped up their sustainability procedures and policies towards sourcing palm oil.

Could Unilever’s full disclosure have a ripple effect?

Unilever has taken serious steps in the last few years since establishing its Sustainable Palm Oil Sourcing Policy five years ago and then relaunching it in 2016 as palm oil sustainability issues became much more pressing.

And this latest move positions the company at the forefront of change and could put pressure on some of the other big players in the palm oil supply chain to follow suit.

One of the major issues concerns how palm oil is sourced by all the third-party suppliers and various people involved in the supply chain.

Consumers are becoming increasingly concerned about these sorts of issues when they make their purchasing decisions and the companies that buy this controversial commodity have, in the past, been criticised for shirking responsibility when it comes to the actions of third-party suppliers.

However, the British-Dutch transnational – which uses palm oil in food products as well as in a range of home and personal care products – firmly says that it does not “outsource its responsibilities”.

“A lot of people think if you outsource your value chain you can outsource your responsibilities. I don’t think so,” said CEO Paul Polman at a panel at this year’s World Economic Forum in Davos.

“We need to be at the forefront of change. This is why Unilever is committed to greater transparency and continues to work with our partners to drive positive change in the palm oil industry.”

The company notes that palm oil is a nutritious, versatile raw material, and the most land-use efficient among vegetable oils. Its production has long been associated with deforestation, which contributes to climate change, biodiversity loss, soil erosion and water pollution and is linked to human rights abuses.

Malaysia and Indonesia are among the countries where palm oil is sourced.

For Unilever, it has been important that its consumers and customers have the confidence that the palm oil used in its products has been sustainably sourced, but by divulging the full list of suppliers and mills in its supply chain it goes one step further and could be seen as a game-changer in the palm oil industry.

The company says that being open and transparent is key to achieving a fully traceable supply chain.

In August 2016, the Roundtable on Sustainable Palm Oil (RSPO) lifted the temporary suspension of RSPO certification for the entire IOI Group, one of Unilever’s suppliers.

IOI showed tangible improvements on the ground and the suspension – which concerned three subsidiaries that allegedly violated a raft of RSPO standards that are meant to prevent rainforest destruction, social conflict and some laws – was lifted earlier than expected.

In August 2017, Unilever resumed sourcing palm oil from the IOI Group following big improvements in the company’s policy and at the time said it would closely monitor progress to ensure improvements continue.

“We strongly believe that it is only through close collaboration among all stakeholders that we can continue to drive change in the industry and make sustainable palm oil commonplace,” a Unilever statement read at the time.

The palm oil supply chain is long and complex, with the palm oil changing hands many times before it reaches Unilever factories.

The fruit is grown on plantations where farmers sell their produce to middlemen and agents. They, in turn, supply it to a mill where the fruit bunches are processed.

Then it is transported via traders to refineries for further processing. Only after this point does it enter Unilever’s direct supply chain…..