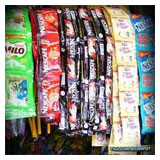 Posted at Wednesday, May 17th, 2017 h in Latest Packaging News by Brenda 0 Comments

Unilever has developed ‘a groundbreaking new technology’ that will enable the food industry to recycle used multi-layer sachets.

Billions of plastic sachets are thrown away globally every year yet only 14% of all plastic packaging is currently recycled, Unilever said. Its new technology, called the CreaSolv Process, will aim to address this by converting used sachets into plastic and channelling them back into the supply chain.

The pioneering technology has been developed in partnership with the Fraunhofer Institute for Process Engineering and Packaging IVV in Germany. It forms part of the Anglo-Dutch company’s Sustainable Living Plan, after it teamed up with two food waste organisations to reduce the amount of food sent to landfill each year.

Unilever chief R&D officer, David Blanchard, said: “Billions of sachets are used once and just thrown away, all over the world, ending up in landfill or in our waterways and oceans. At the start of this year we made a commitment to help solve this problem, developing new recycling technologies.

“We intend to make this technology open source and would hope to scale the technology with industry partners, so others – including our competitors – can use it.

“There is a clear economic case for delivering this. We know that globally $80-120-billion is lost to the economy through failing to properly recycle plastics each year. Finding a solution represents a huge opportunity.

“We believe that our commitment to making 100% of our packaging recyclable, reusable or compostable will support the long-term growth of our business.”

Sachets are popular in developing and emerging markets, where they are an efficient to allow low-income consumers to buy small amounts of product that would otherwise be unaffordable. But until now, faced with no viable recycling solution, the sachets have been discarded for landfill or ended up as litter.

The CreaSolv Process has been adapted from a method used in the recycling of televisions to separate brominated flame retardants from waste electrical and electronic equipment polymers.

During the process, the plastic is recovered from the sachet, and the plastic then used to create new sachets for Unilever products in what the company described as ‘a full circular economy approach’.

Dr. Andreas Mäurer, Department Head of Plastic Recycling at the Fraunhofer IVV said, “With this innovative pilot plant we can, for the first time ever, recycle high-value polymers from dirty, post-consumer, multi-layer sachets.

“Our aim is to prove the economic profitability and environmental benefits of the CreaSolv Process. Our calculations indicate that we are able to recover six kilos of pure polymers with the same energy effort as the production of one kilo of virgin polymer.”

Unilever will open a pilot plant in Indonesia later this year to test the long-term commercial viability of the technology.

Indonesia is ‘a critical country’ for the technology, Unilever said, with 64-million tonnes of waste a year and 1.3-million tonnes ending up in the ocean.

To tackle the industry-wide sachet problem, Unilever is looking to create a sustainable system change by setting up waste collection schemes to channel the sachets to be recycled.

It is testing this by working with local waste banks, governments and retailers and will look to empower waste pickers, integrate them into the mainstream economy and provide a potential long term income.