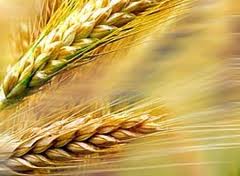 11 May 11 Understanding celiac disease and other gluten-related ails

Posted at Wednesday, May 11th, 2011 h in Health and Nutrition Stuff by admin 0 Comments

Celiac disease is an autoimmune disease in which the ingestion of gluten induces enteropathy, or inflammation of the gut, in genetically susceptible individuals. This destruction of the gut means that nutrients cannot be absorbed, leading to a variety of clinical symptoms: anemia due to the lack of iron, atherosclerosis due to the lack of calcium, failure to thrive in children, and GI stress, among others.

Gluten is the primary protein component of wheat – it is what gives breads their delicious chewy texture. The only known cure for celiac disease is complete elimination of gluten from the diet – so no pizza, bagels, pasta, pancakes, waffles, doughnuts, cookies, soy sauce (it has wheat in it), licorice (ditto) … you get the idea. Even communion wafers are verboten.

Although this is obviously extremely onerous on many levels, unlike any drug regimen it is 100 percent effective and free of side effects. Ingestion of gluten puts celiacs at risk for developing other autoimmune diseases and lymphomas.

Celiac disease was first described in AD 100 by the Greek doctor Aretaeus. When his extant works were first published in Latin in 1552 the Greek word for abdominal, koiliaki, was transcribed to celiac.

But it was not until the Dutch famine of 1944 that wheat was positively identified as the factor instigating the enteropathy. An observant pediatrician, Willem Dicke, noticed that the celiac patients on his ward improved with the strict rationing of flour. When the first supplies of precious bread were generously given to these sick children they relapsed, proving that wheat was in fact the culprit.

The scarcity of celiac diagnoses in this country [USA] had been a self fulfilling prophecy for many years: medical students were taught that celiac was so rare they would probably never encounter it, so they never bothered looking. The variable clinical presentations compounded this idea. When doctors started looking for it, they found it in roughly the same rates as it is found in Europe: 1 in 133 people.

Although many autoimmune diseases are thought to result from an interplay of genetic and environmental components, celiac is the only one for which the environmental trigger is actually known. It is gluten, as well as hordein and secalin, the homologous protein components of barley and rye. So no beer or malt vinegar for celiacs either. For the sake of convenience, foods labeled “gluten free” are free of these proteins as well. But foods labeled “wheat free” may still contain them, so these foods are not necessarily gluten free.

Gluten sensitivity or intolerance – a somewhat vague claim by people who definitely do not have celiac that they feel better when they eliminate gluten – was belittled by the scientific and medical establishment for a long time because it had no discernable cause or explanation, but now they are starting to come around and believe that it might be real. It might be mediated by the innate, rather than the adaptive, immune system, meaning that T and B cells are not involved.

All this is completely separate from wheat allergies…..