Unilever UK is adding a vegetarian logo to 500 products, including Flora and Hellmann’s, by the end of 2017 to boost interest among flexitarians. 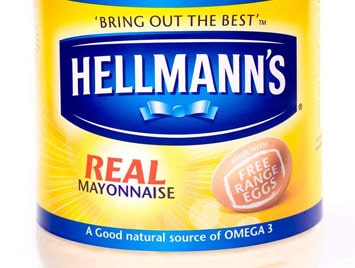 Unilever UK is adding a vegetarian logo to 500 products, including Flora and Hellmann’s, by the end of 2017 to boost interest among flexitarians.

Unilever, one of the world’s biggest food companies, has promised that by the end of next year it will have added a V logo to 500 of its products, ranging from mayonnaise and pasta sauce to margarine.

But why would a company selling mainly vegetarian products want to start promoting that these products are, as most already know, vegetarian?

Unilever says it will make it easier and quicker for consumers to identify which of its brands are plant-based. It’s part of a plan to attract flexitarians, people who want to reduce their meat consumption, to its products.

“Opting for a flexitarian diet is no longer a niche trend but one which has immense mainstream appeal,” says Andre Burger, vice president of foods at Unilever UK and Ireland.

“We want to make it easier for our vegetarian and flexitarian consumers to identify which of our products meet their dietary needs and to encourage more informed and healthier eating choices.” 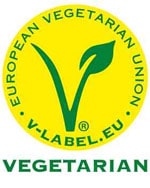 The V logo (left) would also be easily recognised by non-vegetarians, says Unilever. This is supported by anecdotal evidence from the European Vegetarian Union (EVU), which designed the logo.

Supermarkets that use the logo in Austria said that about 80% of products are bought by non-vegetarians.

While welcoming moves by food companies to encourage more plant-based eating, food campaigners say there is no evidence that it persuades more people to cut meat and livestock-based foods in favour of vegetarian ones.

“I am not too sure of the added value of adding it to products such as mayonnaise as I am sure most people already know they are vegetarian,” says Duncan Williamson, food adviser at WWF.

“One of WWF’s messages around sustainable diets is you need to eat less (and better) meat, you don’t need to go vegetarian or vegan. I am not sure a V label says this.”

EVU has also been criticised for allowing meat manufacturers to use the V logo on their vegetarian produce. But with around 40% of Britons identifying themselves as semi-vegetarian, the EVU says it is happy to support businesses such as Unilever in trying to boost sales.

“This is a landmark moment for the EVU because it is the first time we have been able to partner with a company that intends to bring so many of its products under the V label scheme,” says Floris de Graad, spokesman for the EVU.

Other brands using the V logo, which first appeared in 1996, include Alpro and Karma, which each pays an annual licence fee to the EVU for every product that bears the logo.