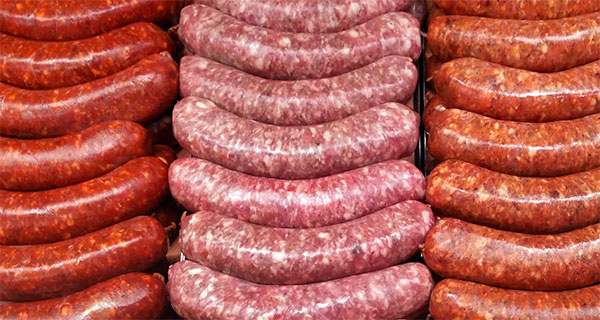 A bombshell internal report written for the British meat industry reveals nitrites do not protect against botulism – the chief reason ham and bacon manufacturers say they use the chemicals.

The study, conducted for the British Meat Processors Association (BMPA) by the scientific consultancy Campden BRI, and marked “confidential”, examines the growth of the toxin Clostridium botulinum in the processing of bacon and ham.

It is understood that the paper, seen by the Observer, was commissioned to provide evidence that nitrites, which have long been linked to cancer, are essential to protect consumers from food poisoning and, in particular, botulism, a potentially fatal disease.

But, in what appears to be a major blow to the industry’s claims, the research found there was no significant growth of the bacteria in either the nitrite-free or the nitrite-cured samples that were tested.

The paper concludes: “The results show that there is no change in levels of inoculated C botulinum over the curing process, which implies that the action of nitrite during curing is not toxic to C botulinum spores at levels of 150ppm ingoing nitrite and below.”

It is illegal to add nitrites at levels above 150ppm due to health concerns: research has linked nitrites when added to meat, which is then cooked and ingested, to the development of cancer-triggering chemicals in the stomach.

“This leaked internal report is highly embarrassing for the processed meat industry and for the Food Standards Agency which have persistently peddled the myth that nitrites are essential to protect against botulism,” said Baroness Walmsley, the vice-chair of parliament’s all-party group on cancer.

“On the contrary, this report reveals nitrites are not a controlling factor against Clostridium botulinum. This evidence raises serious questions about why nitrites are being added to our bacon and ham.”

Labour’s deputy leader Tom Watson said: “This damning report demonstrates there is no longer any need for the processed meat industry to be adding cancer-causing nitrites. We need to see the removal of nitrites from our food as soon as possible.”

Producers also use nitrites as it bacon and ham pink for longer, thus more attractive to consumers. However, several companies, including Nestlé and Finnebrogue, now sell ham and bacon produced without nitrites.

Experts say the BMPA’s confidential research added to a growing body of evidence making the case against using nitrites.

Dr Aseem Malhotra, an NHS cardiologist and member of a coalition of experts calling for their removal, said: “The findings support guidance from the UK’s Advisory Committee on the Microbiological Safety of Food that has long excluded nitrites as one of the controlling factors required to prevent Clostridium botulinum growth and extend shelf life.”

Professor Denis Corpet, another member of the coalition and coauthor of a 2015 WHO-sponsored study which first linked nitrite-cured processed meats to cancer, said that the addition of the chemicals to foods “marks out those meats that contain these chemicals as significantly more dangerous than other processed meats, such as traditional UK sausages or Italian Parma ham, which do not.”

The BMPA said it took safety very seriously. “The work referenced is subject to confidentiality clauses. It also needs to be further peer reviewed.’’