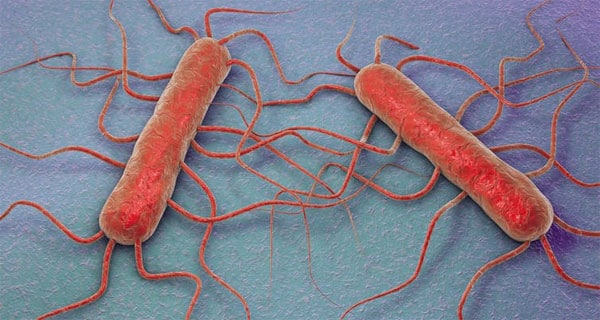 The National Institute of Communicable Diseases (NICD) announced on Thursday [29 March] that the death toll in the listeriosis outbreak has climbed to 189 – six more deaths from its last update.

It also announced that there were now 982 confirmed cases of the deadly disease‚ with outcomes known in 687 of these. The mortality rate is now 28%.

A nationwide recall of affected food products – which has been traced back to ready-to-eat processed meat products manufactured at Enterprise Foods’ Polokwane production facility – was announced on March 4.

However‚ as it had previously warned there would be‚ the NICD said more new cases of listeriosis had been confirmed since the recall. In total‚ there had been 23 laboratory-confirmed cases since March 4 – but all exposures occurred prior to the recall.

The institute said that the reasons for the post-recall new cases were that:

Polony and other ready-to-eat (RTE) processed meat manufacturers, who have been desperately attempting to distance themselves from the Enterprise and Rainbow products recalled due to listeria contamination, were left reeling on Wednesday by the news that the primary source of the listeriosis outbreak remains unknown.

The DA claimed that at a parliamentary briefing on Wednesday‚ the Departments of Health‚ Trade and Industry‚ and Agriculture‚ Forestry and Fisheries admitted that although traces of listeria were found at both the Enterprise and RCL’s Rainbow chicken polony facilities‚ they were not the primary sources of the outbreak.

“It is now apparent that the government … has opted for prematurely scapegoating Enterprise and Rainbow because it does not have proper emergency plans in place to contain this outbreak‚” the DA said in a statement.

Asked to comment‚ food safety expert Dr Lucia Anelich said she was unsure what was meant by “primary source” of the outbreak. “We know that the outbreak strain of listeria‚ ST6‚ was found in the Enterprise plant‚ but it’s true that we don’t know its origin.”….

The real tragedy is the lives that have been destroyed. As a farmer I’m conscious that food safety is essential to food security. We rely on processors & oversight by independent assessors to be vigilant. The pig industry in South Africa may well cease to exist if this persists

Richard Spoor to file against Tiger Brands for first 10 applicants, and is seeking more https://t.co/99kntHlJtd

SA on back foot over listeriosis, Davies warns https://t.co/ucTWIvX1vw

Tiger Brands has a long heritage in South Africa. We are working hard to ensure that we restore trust through our actions and promise to deal with this honestly and with integrity, and we will continue to assume a leading role in resolving it. – CEO Tiger Brands

Note the dramatic drop-off in #listeriosis cases since the March 4 recall & mass shunning of ready-to-eat processed meats. Only 4 new confirmed cases in the 2 wks from Mar 12 – 26 pic.twitter.com/1TaQbDV06B

WHO weighs in on South Africa Listeria Outbreak linked to Polony https://t.co/H7WmsmNTmU pic.twitter.com/pPxjBup7WA

WHO weighs in on South Africa Listeria Outbreak linked to Polony https://t.co/H7WmsmNTmU pic.twitter.com/pPxjBup7WA

World Health Organisation statement on SA #ListeriosisOutbreak .@GunnarSigge ,this is what you’ve been saying re the non “outbreak strain” cases… pic.twitter.com/ke7GvH4p6O