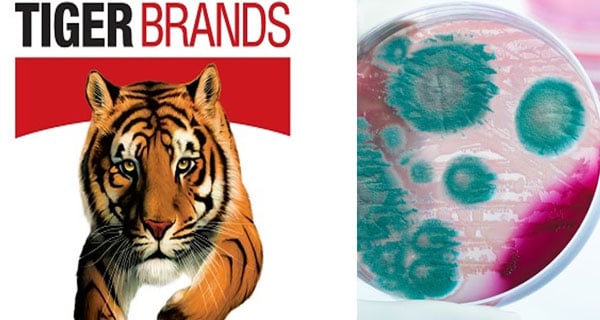 IMAGINE THAT the phone call comes or an email pops into your inbox – “Sir, we have been contacted by the health authorities and they say our product (polony) has been linked to illnesses and deaths. What do we do?”

So, what do you do?  Lawrence MacDougall received that call.  Now, what has he done and what will he do?

After being involved in every major (and a few minor) food poisoning outbreaks since the Jack in the Box E. coli Outbreak of 1993, I have seen it all.

I have seen good CEOs act badly and make their and their company’s problems worse and I have seen bad CEOs handle the outbreak with such aplomb that they become associated with both food safety and good PR.

Of course, it is always best to avoid the outbreak to begin with. When I have spoken to CEOs or their Boards–generally, pre-outbreak and pre-lawsuit–I always pitch them on “why it is a bad idea to poison your customers.” Putting safe food as the primary goal–yes, alas, even before profits–will (absent an error) give you a very, very good chance of never seeing me on the other side of a courtroom.

But, what if despite your best efforts, or what if you simply did not care, and an outbreak happens.

The listeriosis outbreak and revelations that it is linked to the Enterprise Foods manufacturing plant in Polokwane have shone a light on the gaps and complexity of food safety regulations in South Africa.

A range of government role-players — the departments of health, agriculture, forestry and fisheries, and trade and industry — manage food safety. But local government is responsible for municipal health services such as enforcing food safety legislation, according to the health department.

“The South African food control system is quite fragmented,” said Dr Lucia Anelich, a food microbiology and safety specialist who heads up Anelich Consulting. “The system as it stands is not ideal and needs to be revisited completely.”

Apart from the hygiene regulations in place at the health and agriculture departments, which require premises and personnel to operate under hygienic conditions and handle foods in a specific manner, there are a number of food safety management standards applied by South African food businesses, she said.

These standards are based on what is referred to as a hazard analysis and critical control points (HACCP) system. But unlike in many other parts of the world, these are not required by law in South Africa, Anelich said.

Nevertheless, many local food companies adopt HACCP-based systems, said Anelich, simply because their customers want them in place before they will buy the ingredients or products that a manufacturer sells.

There is one exception to this, however: regulation 908 under the Foodstuffs, Cosmetics and Disinfectants Act, which falls under the health department. But this regulation is only mandatory for peanut sorting and peanut butter manufacturing facilities, Anelich noted.

There are also no regulated maximum permitted levels for Listeria monocytogenes in food, notably ready-to-eat meats in South Africa, she said.

Despite long-running efforts to overhaul regulation 692 to include testing for microbiological limits in food, the process has run aground, she noted.

The deadly outbreak of listeria in South Africa could alter the country’s approach to food-borne disease and prompt improvements in food safety standards, a leading health official believes.

The World Health Organisation’s top specialist on global food safety likened the South African outbreak’s potential impact to the “mad cow disease” BSE crisis in Europe that began in the 1980s and a vast E-coli outbreak traced to “Jack in the Box” burgers in the US in 1993.

“I’m convinced we’re going to be talking about this outbreak for the next 20 years,” Peter Ben Embarek, who manages the WHO International Food Safety Authorities Network, told Reuters.

“This could be the crisis that will finally make at least South Africa – and possibly the whole of Africa – realise the importance of food safety and food-borne diseases and the need to invest in improving things.”

At least 180 people have been killed in South Africa since January last year and almost 1 000 infected in the world’s worst recorded listeria outbreak.

Health authorities there say the disease – which in severe cases can cause fatal bloodstream infections and meningitis – is likely to claim more victims before it is brought under control.

In the 1993 “Jack in the Box” outbreak, 732 people – most of them children under 10 – were infected with E coli traced back to contamination in the restaurant chain’s “Monster Burger” sandwiches. Four died and more than 170 others suffered permanent injuries including kidney and brain damage.

Bovine spongiform encephalopathy (BSE), or mad cow disease, which is linked to the brain-wasting Creutzfeldt-Jakob disease in humans, was first detected in Britain in the late 1980s. It spread from there to other parts of Europe and ravaging cattle herds until the early 2000s.

Both events sparked heightened consumer fears about food-borne illnesses, altering shopping and eating habits and prompted a tightening of regulations covering the way foods are processed, stored and cooked.

Ben Embarek said there are still many unanswered questions in South Africa’s listeria outbreak. One line needing further investigation, he said, was whether there might be more than one outbreak occurring at the same time. The majority of the cases identified and tested so far have been caused by a strain of listeria known as ST6, but around 9% have been found to involve other strains…..

“I deeply regret any loss of life and want to offer my heartfelt condolences to all those who have lost their loved ones. Any loss of life, no matter the circumstance, is tragic.” – Tiger Brands CEO, Lawrence Mac Dougall. For the full statement, visit: https://t.co/4wY47fTyjG

Got an opportunity to speak about the world’s worst Listeria Outbreak happening in South Africa. https://t.co/08WUVVPg2O

‘Urgent need’ for microbiological regulations in SA https://t.co/LJMt0kjGT4 via @IOL

Listeriosis is a complex challenge with increasing outbreaks caused by a variety of food sources. Other sources of Listeria may well exist & so a country-wide response is needed, along with a collaborative multi-sectoral approach. We’d like to play a leading role in this – CEO

Tiger Brands knew from December there was a listeria outbreak and only now, now it finds the dodgy ST6 strain . This is because it tested for it in mid Feb only after govt and WHO officials went to factory and did their own tests.

.Plus, @AnelichConsult1 said from early Jan and was repeatedly quoted in media as saying the source was probably a ready-to-eat product or range of products eg polony, viennas, ham, made in a single plant distributed nationally. What did TIger Brands do?

Spoor on the hunt for Tiger settlement https://t.co/QIFVVwUg4M

? As products such as polony and viennas have been pulled from retail shelves, meat processing and manufacturing have slowed dramatically and jobs are already being lost, according to the Red Meat Industry Forum. https://t.co/i7JcrZ1RDH