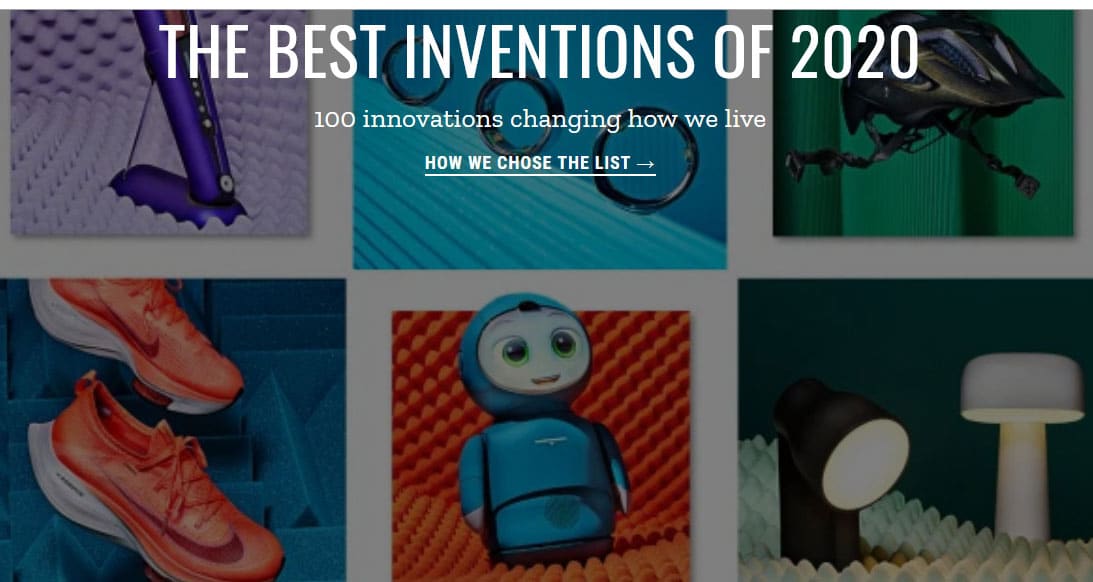 Every year, TIME highlights inventions that are making the world better, smarter and even a bit more fun. Here are the foodbev laureates included in TIME’s top 100 innovations.

To assemble the 2020 list, TIME solicited nominations both from its editors and correspondents around the world, and through an online application process. It then evaluated each contender on key factors, including originality, creativity, effectiveness, ambition and impact.

The result: 100 groundbreaking inventions — including a smarter beehive, a greener tube of toothpaste, and technology that could catalyze a COVID-19 vaccine — that are changing the way we live, work, play and think about what’s possible.

Brewing your own beer seems like a great idea — at first. Then comes the ingredient measuring, the mess and, weeks later, the slightly off-tasting results. Here’s a simpler solution: the Pinter, a home-brewing kit designed and built by London’s Greater Good Fresh Brewing Co.

The brightly coloured, naturally carbonating unit (about $100) uses mail-order “Pinter Pack” kits that can include bottled lager, pilsner, IPA and cider mixes, among others — and some yeast to brew 10 pints of your liking in about a week. Animated videos help make the process nearly foolproof — even if you’re under the influence of your last batch.

For centuries, vodka has been made by fermenting grains like corn and wheat, a process that naturally results in carbon emissions. The Brooklyn-based startup Air Co. thinks it’s found a better way, distilling the spirit from nothing more than water and carbon dioxide, in a process that transforms the CO² into ethyl alcohol.

Not only does Air Vodka (starting at $65 for 750 ml) do the trick in a Moscow mule, but it’s also carbon negative: for every bottle that’s produced, the company’s NASA-award-­winning technology removes about a pound of carbon dioxide from the atmosphere.

The world’s most- consumed animal protein is pork — and its farming results in a slew of environmental issues, including pollution due to swine waste.

Impossible Foods, which wowed the world with its rendition of a burger in 2015, aims to tackle these issues with a plant-based pork substitute, Impossible Pork.

Previewed at CES 2020, Impossible Pork is made from soy and said to taste uncannily like the real deal. While the favourable environmental impacts of a pork alternative are clear, plans for a commercial rollout of Impossible Pork are still in the works.

What if your baked goods, chocolates and candy could taste just as sweet while containing a lot less sugar?

Incredo Sugar is a newly engineered form of the sweetener that allows bakers and food companies to reduce sugar content by 30-50% while retaining the same level of sweetness. That means it could help to reduce sugar consumption (and the host of health problems it causes).

But you can’t spoon the stuff into your coffee — at least not yet. Instead, Incredo sells to consumer brands, bakeries, and other food makers, mostly in Israel, though the company recently struck a manufacturing deal with a major US sugar supplier to begin selling into the American market. [This would have made it to the top of my Top 100 List! Ed]

Feeding the world’s growing population puts a major strain on our planet, accounting for 70% of water use and 24% of greenhouse gas emissions. Finland’s Solar Foods says it has found a way to make food far more sustainable.

Its “Solein” protein is produced by feeding microbes submerged in liquid with small bubbles of hydrogen and carbon dioxide that are extracted from air using renewable energy. The fermented mixture is then dried to produce a neutral-tasting protein powder that can be flavoured and added to meals to provide nutrition with a tiny carbon footprint.

This vegan version of dairy is deliciously similar to the real thing. To create its milk proteins, which are identical to those produced by cows, Perfect Day leveraged fungi, which are capable of producing the proteins while remaining on a plant-based diet. (The result is also free from soy, nuts, gluten, and lactose.)

One of its early partners, Brave Robot, uses the product to create ice cream so creamy and flavourful that you can barely tell that it’s animal-free — and with Disney Executive Chairman Bob Iger now on the company’s board, Perfect Day’s future is looking bright.

Here are the winning 2019 inventions….