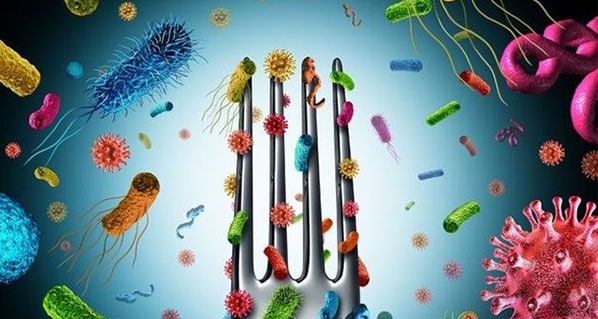 05 Dec 18 This is how much South Africa’s listeriosis victims may get, lawyers say

Tiger Brands could be expected to pay anything between R100,000 and R2-million to the families of the more than 200 people who died from listeriosis in South Africa, two of the country’s top legal experts believe.

On Dec 3, the South Gauteng High Court granted a certification order which allows a class-action lawsuit against Tiger brands to continue.

Tiger Brands’ Enterprise cold meat processing facility in Polokwane was identified in March as the source of listeria in South Africa.

At the time Tiger Brands CEO, Lawrence Mac Dougall, said the company will take steps to consider “valid” claims if a “tangible link” is found between its products and Listeriosis fatalities.

Ivan Herselman, director and head legal consultant at the corporate law firm Argumentum, believes the roughly 1,060 claimants might get payments of R2-million and above from Tiger Brands. He, however, said the eventual payouts will be subject to several variables.

Unlike the US, South Africans can’t sue for a wrongful death, but need to sue for the loss of a breadwinner, he said.

“Claimants will easily get R2-million plus from the lawsuit, but it really depends on the strength of the case,” Herselman told Business Insider South Africa.

“There are a lot of high profile lawyers involved in the case, and I doubt they’d spend their time on something if they weren’t sure of the result.”

At R2-million each, the total claim from victims and families would come to R2-billion.

Also read: How the deadly strain of listeriosis was traced to Tiger Brands’ Enterprise polony factory

One of the country’s top advocates, who have been involved in a number of high-profile lawsuits, told Business Insider South Africa in April that claimants who lost a breadwinner should get a minimum of R100,000 from Tiger Brands.

“The Esidimeni sage set a precedent of an R1.2-million payout to the families of each victim – but that was a constitutional matter,” the lawyer said at the time.

The lawyer, however, said pregnant mothers who lost babies can expect payments of roughly R1.5-million. “The loss of a child is an aggravating factor for possible lawsuits.”

Zain Lundell from LHL lawyers, who is co-litigating the listeriosis class suit with Richard Spoor, said their next step will be to issue a summons in January for the formal legal processes to begin.

“We have no ball-park number we are claiming from Tiger Brands. It is impossible to say how much the claimants will receive at the end,” Lundell says.

Tiger Brands has said it is working together with the lawyers from the class suit and will share costs for a countrywide communications campaign for the lawsuit.

#ListeriosisLegacy
This is Montlha Ngobeni of Polokwane – 1st named in the Tiger Brands class action – & baby Theto, who got listeriosis from her in the womb.
Theto turns 1 on Dec 22 but has yet to crawl, and she’s had 3 ops to insert shunts to drain fluid from her brain.? pic.twitter.com/336T2y4b9U

“Tiger Brands reiterates that no liability has been established against the company for the listeriosis outbreak, however, should liability be determined, the company will respond appropriately to any legitimate claims,” a statement by Tiger Brands read.

Argumentum’s Herselman said the lawsuit can take anything between three to five years for any payout to be finalised.

“And that is subject to no appeals,” he said. “The recent settlement between the ‘please call me’ inventor and Vodacom is a prime example of South Africa’s slow justice system works who received a payout after more than 10 years in court.”