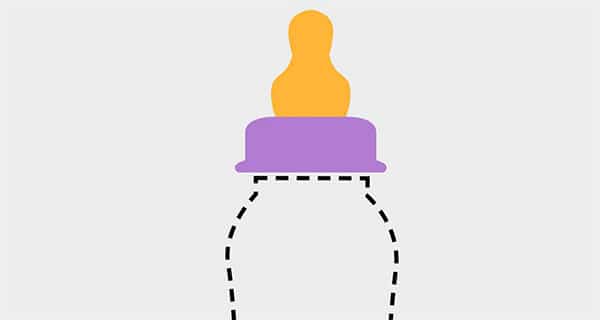 19 May 22 The wonders of modern baby formula

Posted at Thursday, May 19th, 2022 h in Top International Stuff by Brenda 0 Comments

Baby formula tends to get into the news for all the wrong reasons – mainly its makers being being slammed for dubious marketing by public health lobbyists. But now, with a serious shortage on US shelves, there’s much analysis of the politics, economics and science behind baby formula.

As families around the United States grapple with the infant formula shortage, some social media commentators have been asking: why don’t people just breastfeed? Isn’t that what everyone did before infant formula?

Throughout American history, people have been unable to or chosen not to breastfeed for a variety of reasons. Maybe the birthing parent didn’t have enough supply, or the baby could not latch properly. Maybe the mother had died in childbirth or needed to go back to work. Maybe the baby had been adopted or needed to be cared for by someone else.

Sometimes other people would breastfeed the baby. Friends or relatives might pitch in. Rich families had wet nurses, who were either servants or enslaved. Wet-nursed children often died, but not as frequently as the babies of wet nurses, deprived of their mothers’ milk.

But until the 20th century, babies who were not breastfed often died. Only rarely could alternative foods meet infants’ nutritional needs, leaving many malnourished. In the days before refrigeration, modern food safety, most vaccines, or antibiotics, thousands died of diarrhea brought on by tainted food.

Breastfeeding rates declined sharply around the turn of the 20th century and stayed low for decades. As the historian Jacqueline Wolf describes, early-20th-century pediatricians pushed scheduled feeding (as opposed to on-demand), which hampered breast-milk production, and other practices that made breastfeeding more challenging.

Without workplace protections for nursing or the modern technology of pumping, women working outside the home had no choice but to bottle feed.

During this same era, formula and baby-food companies advertised heavily to new parents, many of whom became convinced that formula was a more modern and scientific choice than breastfeeding.

And, as the food industry became more regulated, alternative baby foods like modern formula did become safer and more nutritious than in the past. As a result, notes the historian Amy Bentley, most baby boomers ate commercial or homemade formula, not breast milk.

In the late 20th century, breastfeeding saw a renaissance in pediatrics, public health, and parenting. Now 84% of American newborns start out breastfeeding, but only 25.8% exclusively breastfeed until 6 months of age per CDC recommendations.

Although the US has enshrined some protections for lactating workers, like workplace lactation rooms and insurance coverage of breast pumps, the lack of universal paid family leave still prevents some working parents from breastfeeding.

But even if the US passed paid family leave and other policies to support parents, some families would still need or choose to use formula. Parents who need medications incompatible with breastfeeding. Adoptive or foster families. Kids with specific nutritional or allergy needs. Parents who just don’t want to breastfeed.

In the absence of modern infant formula, infants used to starve or die of disease from inadequate food. We are fortunate to live in an era where parents have multiple safe options for feeding their babies, but when these options become limited, as they are now, it is indeed a crisis. We do not want to return to the past.

Bacteria, a virus, a trade policy — and a lesson. America’s baby-formula shortage has gone from curious inconvenience to full-blown national crisis.

The infant-milk shortage in the US has, rightly, swung attention to a number of serious issues: the country’s system of food regulation; manufacturers’ own efforts on quality and hygiene controls; and the need to ensure supplies of specialist products for babies with health conditions have all come into the spotlight since Abbott Laboratories’ recall and plant closure in February.

The affair has led to a shortage of formula in the US, with parents of infants that need particular products fearing for the health of their children. According to US market researchers Datasembly, the percentage of formula out-of-stock in the US reached at least 40% at one point in April.

With Abbott’s plant in Michigan still out of action, other manufacturers have upped production, both within and outside the US. The country’s Food and Drug Administration has sought to make it easier to bring in products from overseas.

Abbott, meanwhile, has struck an agreement with the FDA on “corrective action” to take at the Sturgis factory, with an aim of the facility being up and running in two weeks (though it may take up to eight to get products back on shelves).

In time, enough formula will again be available at US stores but it’s important attention does not move on.

The affair has brought to light the market concentration in the US infant-formula category. Four companies make up around 90% of the market. In normal times, circa 2% of formula sold in the US is imported.

Gabriella Beaumont‐Smit, policy analyst at US think tank The Cato Institute, argues the country’s infant-formula market suffers from over-restrictive rules on international trade. “Protectionism promotes the opposite of resilience,” she writes in a thought-provoking blog here.

The list of factors that have led to US shelves being stripped of infant formula is long and varied. Solutions will be just as complex.

However, the US needs to urgently look again at how the category is regulated and sourced to try to reduce the chances of such a market failure happening again.