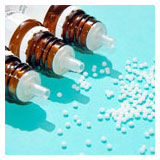 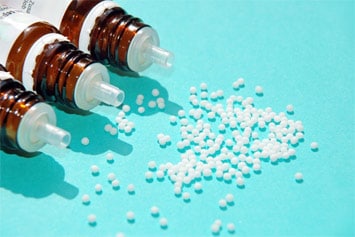 Homeopathy is one of the most enduring forms of snake oil available to consumers; it has been duping people since 1814. But the US government only recently decided to clamp down on these bogus treatments, with a new policy from the Federal Trade Commission.

The FTC’s policy statement explains that the agency will now ask that the makers of homeopathic drugs present reliable scientific evidence for their health claims if they want to sell them to consumers on the US market.

Mustering that evidence is likely to be difficult given that homeopathy is a pseudoscience.

The main idea behind homeopathy is that an animal or plant extract that causes symptoms similar to the ones a person is suffering from can cure the symptoms.

An example: Because onions make eyes tear and noses run, diluted onion extract is thought to cure cold and hay fever. So homeopathic remedies on the market are just extremely diluted versions of plant or animal extracts believed to bring relief to symptoms.

The trouble is that whenever researchers have looked at the homeopathic treatments, they find they do not actually contain traceable amounts of the original plant or animal material they were supposedly diluting.

The evidence is clear: Homeopathy is a sham

The scientific community is monolithically stacked against homeopathy. There have been many studies, books, and investigations demonstrating that this type of therapy is bogus.

There’s so much evidence on homeopathy’s failure to help people, in fact, that some researchers have argued it’s time to stop investing government research funding on this alternative therapy in favour of putting it into treatments that might actually help people.

The most exhaustive review of the evidence for homeopathy yet came out of the Australian government. Its conclusion: The treatment doesn’t work, and people should stop wasting their time, money, and potentially their health on what amounts to junk science.

The Australians found numerous problems with the research on homeopathy.

To start, many of the studies were poorly designed: They didn’t include enough participants to have meaningful results, or the researchers failed to limit bias and control for confounding factors.

But even the high-quality studies did not find that homeopathy performed better than a placebo or another available treatment for a range of health conditions, including asthma, anxiety, chronic fatigue syndrome, colds and ulcers.

The studies that reported homeopathy had some health benefit were so flawed and poorly designed that they were unreliable.

This means that not only did homeopathy treatments perform no better than other medicines, but they also failed to outdo sugar pills. This isn’t entirely surprising, considering that most homeopathy tablets and potions are essentially sugar pills and drops.

This FTC ruling is definitely a step in the right direction of raising awareness about the lack of evidence behind homeopathy.

“This is a real victory for reason, science, and the health of the American people,” said Michael De Dora, public policy director for the Center for Inquiry, a science-based advocacy and education group that’s been pushing for more homeopathy oversight.

“The FTC has made the right decision to hold manufacturers accountable for the absolutely baseless assertions they make about homeopathic products.”

But it doesn’t mean these “medicines” will disappear from store shelves. The FTC only has the right to crack down on misleading marketing claims, and if the makers of homeopathic remedies clearly state that their products are based on no science, they can still sell them.

As the FTC explains: An [over-the-counter] homeopathic drug claim that is not substantiated by competent and reliable scientific evidence might not be deceptive if the advertisement or label where it appears effectively communicates that:

1) there is no scientific evidence that the product works; and

2) the product’s claims are based only on theories of homeopathy from the 1700s that are not accepted by most modern medical experts.

At that point, it’ll be buyer beware. Let’s just hope consumers are wise enough to read the packaging that will now tell them there’s no evidence behind the health claims on it.

But considering homeopathic treatments have been around since the 19th century, they probably won’t disappear anytime soon.