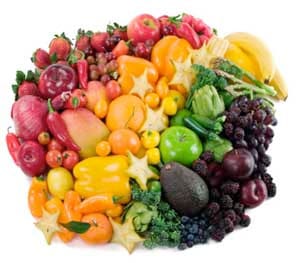 The trend to natural colour today belies a paradoxical history of the colourants industry – one founded expressly to create cheap synthetic dyes that made food look natural….

A few years ago, the website thisdishisvegetarian.com reported that Starbucks’ popular Strawberry and Crème Frappuccino got its pink colour not from strawberries, but from a dye made of crushed-up cochineal insects.

Vegan consumers cried foul, and mainstream media outlets picked up the story. So, Starbucks decided to stop using cochineal extract and start using lycopene to dye its drinks pink instead.

Lycopene is a red pigment found in several fruits, but strawberries are not among them. The lycopene that now colours strawberry Frappuccinos is tomato-based. The upshot: in lieu of bugs, Starbucks is using tomatoes to make its strawberry-flavoured drinks look more strawberry-like.

It’s a natural ingredient, but not what nature intended. Yet that part of the story didn’t garner headlines. While crushed-up bugs may alarm some people, most of us tend to take the fact of food colouring for granted.

“Today, we tend to view colour as an ingredient,” says Ai Hisano, the Harvard-Newcomen Fellow in Business History at Harvard Business School.

Hisano is author of the HBS working paper, “Standardised Colour in the Food Industry: The Co-Creation of the Food Colouring Business in the United States, 1870-1940,” which examines a seminal period when food manufacturers, dye makers, and regulators created the synthetic food colouring industry. She is also working on a wide-ranging book on the colour of foods. (Her book project was featured recently on Process, the blog of the Organisation of American Historians.)

Hisano’s paper looks at how industry players and regulators collectively decided what any given food is supposed to look like—and redefined the marketing meaning of “natural”.

The Quest for Summery Butter and Orange Oranges

“In the food industry, colour standardisation meant asserting the idea of naturalness… even as manufacturers imposed a ‘natural’ colour through artificial dyes,” Hisano writes.

Take butter, for example. “The colour of butter fluctuates, depending on the season,” Hisano explains during a recent interview in her HBS office.

From early summer through early autumn, cows eat green grass, which is rich in the orange pigment beta-carotene. The pigment colours the fat in the cows’ milk, which gives the butter a golden colour. But, in winter, cows don’t eat grass. Rather, they eat grain, which, unless it has been genetically modified, does not contain much beta-carotene.

Thus, winter butter is whiter than summer butter. It’s also arguably less tasty. “Because the flavour of butter was richer in the summer, there was the impression that the yellow golden colour was better, too,” Hisano says. “So producers started colouring their winter butter with a golden shade to make it look tasty. The colour was known as ‘June shade’.”

The practice dates back to at least the fourteenth century in Europe, Hisano says. Dairy farmers would colour their butter with carrot juice and annatto, a dye derived from achiote tree seeds, to make their butter look summery all year round.

On the marketing side, the dairy industry pushed the ironic notion that artificial colour was necessary to make butter “look like butter”. The synthetic dye manufacturers collectively determined the ideal colour to make butter look “natural” all-year-round—even though the true colour of butter fluctuated throughout the year.

“Uniformity of colour was one of the qualities that butter colour makers stressed to their customers,” Hisano writes, citing a 1905 advertisement in which Wells, Richardson boasted that its colour “never varies”.

Meanwhile, Florida citrus growers were struggling with the fact that some oranges stayed green in colour, even after ripening, due to the consistently hot climate. “They tasted good, but they looked green,” Hisano adds.

In the early 1930s, they started soaking their oranges in synthetic dye to make the fruit look more orange and, therefore, riper, as though the colour “was a malleable, external characteristic of the food,” Hisano says—per consumer perception that an orange should live up to its name.

“By the 1940s, the so-called colour-add process had been widely adopted in Florida,” she writes. “During the 1946-1947 season, twenty-one million out of thirty million boxes of fresh oranges shipped out of state were coloured with synthetic dyes.”…..