01 Mar 17 The hunt for the perfect sugar 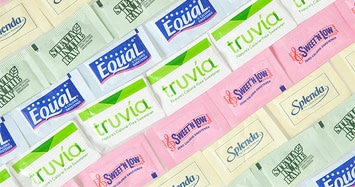 When the history of sugar is written, 2016 may go down as the year its image turned.

Sure, we always knew those sweet white crystals could rot teeth and cause people to pack on the pounds. Obesity and diabetes were already national emergencies, with the latter representing 10% of US health care costs in recent years.

But now an increasing number of researchers and a buzzy book, The Case Against Sugar, have also begun linking our favourite natural sweetener to such dreaded conditions as heart disease, Alzheimer’s, and cancer. (Those conclusions are far from universally accepted to this point.)

Adding a dark undercurrent, recent revelations have suggested that the sugar industry paid Harvard scientists in the 1960s to trivialize its role in coronary problems and instead play up saturated fat as the culprit—which helped shape the direction of nutrition research to this day.

“Sugar is the new tobacco” in the minds of the public, says David Turner, a global food and drink analyst at market research firm Mintel.

And a public health war has followed. A handful of cities have responded with taxes on sugary drinks, and next year the FDA will start requiring companies to reveal the amount of added sugars on product packaging.

Consumers seem to be hearing the message. Research firm NPD Group has found that sugar is now the No 1 substance they are trying to cut or eliminate from their diets. Of course, “try” is the operative word here.

Whatever their aspirations, people keep right on gorging. Americans now eat a total of 76 pounds (34,5kg) in various sugars every year, up 8% from 1970.

That’s the problem for Big Food: It’s built on the stuff. Some 74% of packaged foods and beverages in the US contain some form of sweetener, according to a recent study in The Lancet, making it a more than $100-billion market.

Companies “use hedonic substances, and sugar is the most ubiquitous hedonic substance,” says Robert Lustig, a professor at the University of California at San Francisco’s School of Medicine and a leading critical voice on the topic.

All of this has infused new urgency in the multi-decade quest to find low-calorie sweeteners. And it’s occurring just as the incumbent alternatives face ever more skepticism.

According to Mintel, 39% of consumers think it’s best to avoid products containing artificial ingredients like aspartame and saccharin because of perceptions of health risks. Sales of such substitutes fell 13% between 2011 and 2016.

That brings us to the final factor that is pressing heavily on packaged food companies: the ever-more-ravenous appetite for “natural,” unprocessed products. “Health and wellness used to be synonymous with reduced caloric intake,” says Bernstein analyst Ali Dibadj. By that standard, as he puts it, referring to the iconic early diet cola, “Tab used to be damn healthy.” No longer.

Think of food companies’ plight this way: The finest scientists in industry have spent decades trying to find or invent a no-calorie sweetener that tastes and feels as good as the stuff extracted from pure cane. And now, after they largely failed to master that complex, arduous task, the level of difficulty is being raised even higher: This improbable concoction cannot appear to have been engineered by scientists.

Let us pause here to acknowledge the sugar-frosted codependent embrace of Big Food and the American consumer. You could rightly fault consumers for their insistence on an oxymoronic product. But who has been indulging their fantasies for decades now, promising sweet, satisfying taste and no calories? Big Food, of course. Now customers are upping the stakes—and it’s not at all clear that companies can pass the test.

It’s no accident that sugar has been a fixture in food since around 10,000 years ago. Historians trace the first use of sugarcane to New Guinea. By 500 BC, some farmers in India were transforming the cane into raw sugar.

Sucrose, as it’s known to scientists, is a nearly perfect compound. It preserves. It ferments and caramelises. It provides viscosity and mouthfeel, texture, and bulk. It enhances the flavours of other ingredients. As even a toddler could tell you, it is the gold standard of sweetness.

That hasn’t stopped multiple pretenders from trying to one-up it. A succession of ­sweeteners—saccharin, aspartame (best known today as Equal), and sucralose (Splenda)—have all swaggered onto the scene over the decades, each claiming maximal sweetness and minimal calories.

Each product has followed a similar trajectory: Initially presented as a scientific miracle, with assurances that it tastes just like the original, it enjoys a stretch of popularity before eventually disappointing consumers with strange aftertastes or, in some cases, concerns about its effects on health.

The most recent low-cal marvel to reach the market is stevia—the best-known brand is Truvia—and it’s hailed as natural because it is derived from the leaf of a plant.

Stevia’s story illustrates the opportunity — and the conundrum — of the sugar-replacement mission, which is why I’ve travelled to Illinois to visit PureCircle, the largest producer in the world. The winter weather does not agree with stevia, which thrives in warm climates.

“You’ll have to forgive our plants,” Faith Son, head of global marketing and innovation, says apologetically as she eyes a struggling seedling on a conference room table. “It’s January in Chicago.”

Her company has built its entire business on the small green leaves that Son has placed in front of us.

Stevia’s sweetness is unexpected. For starters, it’s extracted not from a fruit, but from the plant’s leaves. More surprising, though, is the way the sweetness lingers. Even a few minutes after I bite, chew, and spit, the essence remains in my mouth. “It’s almost like a freak of nature,” Son says.

The compounds that give the plant its magical properties are called steviol glycosides. They are 100 to 350 times as sweet as sugar and make up only a fraction of the leaf’s weight.

It’s what the industry calls a high-intensity sweetener, which delivers dulcitude but not any of the other attributes of sugar, like its mouthfeel or texture.

Stevia was supposed to be the answer to the great dilemma. But like its predecessors, it’s burdened with a tragic flaw: A persistent bitter under­taste conferred by some of the most commonly used steviol glycosides, along with a metallic and licorice quality.

“Tastes like sucking on a penny!” is not the type of selling point food manufacturers are looking to plaster on a label……

Fortune: Read the rest of this outstanding article!