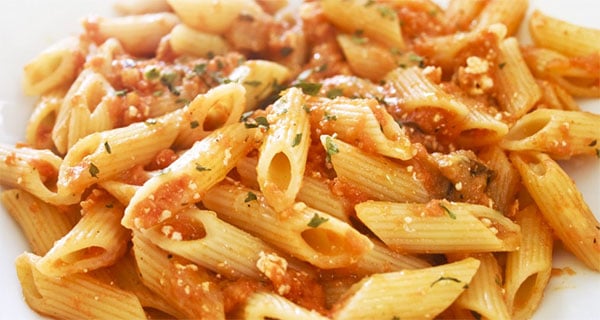 19 Nov 18 The case against carbohydrates gets stronger

Not all calories are alike. Here’s the first big study – out of Harvard – with hard evidence to explain why….

As anyone who’s gone on a diet knows, once you lose some weight, it gets harder to lose more. The “eat less, move more” mantra, as simple as it sounds, doesn’t help us deal with our bodies’ metabolic reality: As we shed pounds, we get even hungrier and our metabolism slows down.

But findings from a new study I led with my colleague Cara Ebbeling suggest that what we eat — not just how much — has a substantial effect on our metabolism and thus how much weight we gain or lose.

People have a hard time believing that weight control isn’t just a matter of calories eaten and calories burned. But there is an alternate hypothesis about obesity, which is what my group studies.

The carbohydrate-insulin model argues that overeating isn’t the underlying cause of long-term weight gain. Instead, it’s the biological process of gaining weight that causes us to overeat.

Here’s how this hypothesis goes: Consuming processed carbohydrates (especially refined grains, potato products and sugars), causes our bodies to produce more insulin. Too much insulin, one of the most powerful hormones, forces our fat cells into calorie-storage overdrive.

These rapidly growing fat cells then hoard too many calories, leaving too few for the rest of the body. So we get hungry, and if we persist in eating less, our metabolism slows down.

Our findings suggest that a more effective strategy to lose weight over the long term is to focus on cutting processed carbohydrates, not calories.

Scientists have known for decades that diet composition, apart from calories, can affect hormones, metabolism and even the very workings of our genes. And a lot of research supports the carbohydrate-insulin model. But it hasn’t been rigorously tested before because high-quality clinical nutrition trials that control exactly what everyone eats for months are expensive — so they rarely get done.

For our clinical trial — one of the largest feeding studies ever conducted — we collaborated with Framingham State University and the company that manages its food service. We recruited 164 students, faculty, staff and community members who agreed to eat only what the study dictated for a full academic year.

We started the participants on a calorie-restricted diet until they lost 10%-14% of their body weight. After that, we randomly assigned them to eat exclusively one of three diets, containing either 20%, 40% or 60% carbohydrates.

For the next five months, we made sure they didn’t gain or lose any more weight, adjusting how much food they received, but keeping the ratio of carbohydrates constant. By doing so, we could directly measure how their metabolism responded to these differing levels of carbohydrate consumption.

Without intervention (that is, if we hadn’t adjusted the amount of food to prevent weight change), that difference would produce substantial weight loss — about 20 pounds after a few years. If a low-carbohydrate diet also curbs hunger and food intake (as other studies suggest it can), the effect could be even greater.

This result could explain in part why US obesity rates have been going up for decades. Individuals have a sort genetically predetermined weight  —  lighter for some, heavier for others. Despite this, the average weight for American men has gone from about 165 pounds in the 1960s to 195 pounds today. Women, likewise, have gone from an average of 140 pounds to about 165.

The calories-in, calories-out view offers no compelling biological explanation for the obesity epidemic beyond “it’s complicated,” “many factors are involved” and ultimately, we eat too much.

But if the type of calories consumed affect the number of calories burned, this trend starts to make more sense. The processed carbohydrates that flooded the food supply during the low-fat diet era of the last 40 years pushed the body weight set-point up across the population.

Our findings suggest that a more effective strategy to lose weight over the long term is to focus on cutting processed carbohydrates, not calories.

Of course, no one study can answer all questions about diet and obesity. Our study will have to be replicated, and additional research is needed to answer new questions the study raises.

Will low-carbohydrate diets produce more weight loss over several years, if people are supported in maintaining them? Do certain people respond better to a low-carbohydrate diet; if so, can we identify them in advance? Do ketogenic diets, which severely restrict carbohydrate intake, offer advantages over more moderate regimens?

Our study does not conclusively prove the carbohydrate-insulin model is true. But it credibly makes the case that all calories are not alike to the body. These novel effects of food might make a big difference in our ability to lose weight — and keep it off.

Authored by David S Ludwig is co-director of the New Balance Foundation Obesity Prevention Center at Boston Children’s Hospital, a professor of pediatrics at Harvard Medical School and a professor of nutrition at Harvard’s TH Chan School of Public Health.

Kills the myth that all calories are equal ! Diff foods can alter metabolic rate – which may differ between people and gut microbes https://t.co/sJ6CCw93sW