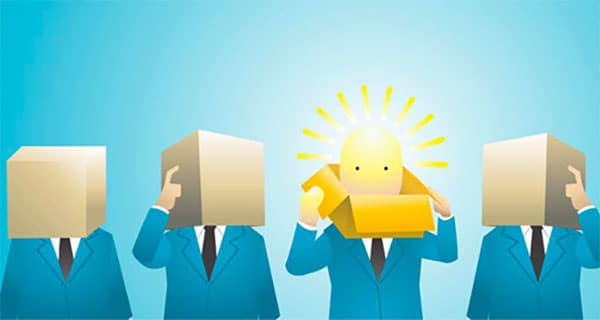 12 Jun 19 The burger got a makeover. can processed foods get one too?

First, the respected medical journal Cell Metabolism published a study that showed a direct relationship between highly processed foods and obesity. Second, the alternative-hamburger company Beyond Meat – which makes the plant-based Beyond Burgers that have been flying off supermarket shelves – had its wildly successful IPO, raising almost $250-million.

The takeaway from these developments for makers of canned pasta, aerosol cheese and muffins in cellophane is this: consumers are choosing to eat better. They are hungry for foods that deliver the magic combination of health, taste and convenience at a decent price.

Unfortunately, right now the main innovations are coming from upstart companies like Beyond Meat and Caulipower, which has revamped pizza with a cauliflower crust and made $45-million in sales after a $5-million infusion from investors.

The processed foods that are being blamed for making us fat and unhealthy need a makeover as miraculous as the burger’s. So do the companies that make them.

These firms have two compelling reasons to reinvent themselves and their product lines: public health and their future financial health.

In the public health realm, it’s clear that processed food and its added sugar, fat and salt are becoming a liability. According to Natural Marketing Institute (NMI), in 2017, 67% of consumers stated that they wanted foods that were less processed, up 43% from 2006.

This attitude was reinforced by the study published in Cell Metabolism, which showed that people who ate mostly processed foods took in 500 more calories a day and gained more weight than those who ate a largely unprocessed diet.

Back in January another venerable medical journal, The Lancet, blamed the food industry for a “global syndemic” of obesity, under-nutrition and climate change. Both reports are shots across the bow of the food industry.

They add to a growing body of evidence linking food and health. They stoke the fires of outrage among nutrition activists and policymakers, and they strengthen the case for more oversight and regulation.

But beyond avoiding regulation and doing the right thing, risk-averse companies also need a business reason for innovating. While some have speculated that Beyond Meat will be a flash in the pan and never deliver the growth that its successful IPO anticipates, its success is just another sign that people will scarf up healthier food that tastes great.

A quarter of millennials say they are vegetarians or vegans, according to the Economist, which along with Forbes declared 2019 as “Year of the Vegan.”

Both Beyond Meat and its rival Impossible Burgers – which are now available at Burger King via the Impossible Whopper — are so popular that the companies can’t keep up with demand. At supermarkets, people are buying more pre-cut vegetables. (Even Green Giant has jumped on the bandwagon.) Amazon and some large supermarket chains are offering customized online grocery lists and deliveries that short-circuit the impulse buy. Meanwhile, farmers’ markets and locally made foods are siphoning off well-heeled locavores.

While we’ve seen some progress in addressing these trends, too many large food companies are not thinking outside the box.

They remain trapped inside the can they’ve created for themselves. They continue to pour financial and marketing resources into tired old brands and manufacturing methods that are well past their expiration date.

Consider that while US consumers spend over $800-billion a year on packaged food, the food industry’s investment in R&D is a pittance. Familiar branded foods marketers like General Mills, Kellogg’s and Mondelez spend barely more than 1% of revenues on R&D. They have not taken a lesson from Procter & Gamble, the world’s largest packaged goods advertiser and creator of the brand management system, which spends at more than twice that rate on R&D.

An article in the May 2005 issue of The Economist spoke of “crisis of creativity” in the food industry. It argued that the lack of R&D spending was a reason for the low number of real innovations in the sector.

Food marketers need to look in the mirror and ask themselves whether their paltry R&D spending contributes to the almost 90% new product failure rate.

The packaged foods industry needs to go back to its roots. Delivering taste with convenience is Big Food’s own sweet spot.

Food companies’ strength is that they know how to deliver convenience, taste and value. They just need to do it in a less processed, healthier way.

Processed foods must become the means by which to deliver today’s food mandate: healthier, tasty, convenient food. Companies must re-invent their product lines by upping their R&D spending and demonstrating the same capabilities as a nascent industry did a century ago. They just need the will to do it.

Source: Written by Hank Cardello, writer on social and ethical leadership in the food industry for Forbes.com.