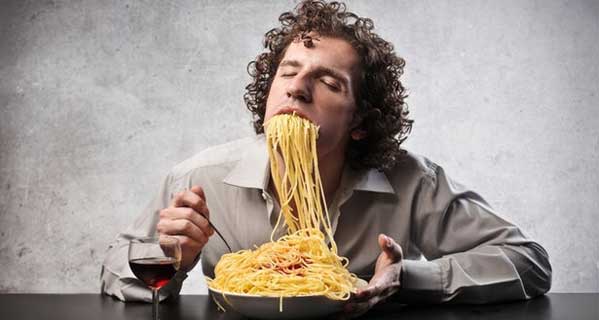 When it comes to the taste of foods, most of us assume that everything we eat is either sweet, sour, bitter, salty or umami. According to a team led by Prof Russell Keast at Australia’s Deakin University, however, carbohydrates have their own unique taste. What’s more, people who are particularly able to sense it are more likely to put on weight.

“It is typically sugar, with its hedonically pleasing sweet taste, that is the most sought after carbohydrate,” says Keast. “But our research has shown that there is a perceivable taste quality elicited by other carbohydrates independent of sweet taste.”

His team looked at two carbohydrates, maltodextrin and oligofructose, which are found in foods such as bread, pasta and rice. Initial testing conducted by Dr Julia Low indicated that both carbs could be detected – on their own – by the taste buds.

She then studied 34 adult test subjects, and found that the people who were most sensitive to that taste tended to consume more carbohydrates, and had a larger waist size.

In an earlier study, Keast’s team determined that fat, also, has its own unique taste. In that case, however, it was found that people who were most able to detect it generally ate less fatty foods.

It isn’t known why the opposite applies to carbohydrates, although Keast states that it could be because “individuals who are more sensitive to the ‘taste’ of carbohydrate also have some form of subconscious accelerator that increases carbohydrate or starchy food consumption.”

A paper on the research was published this week in the Journal of Nutrition.